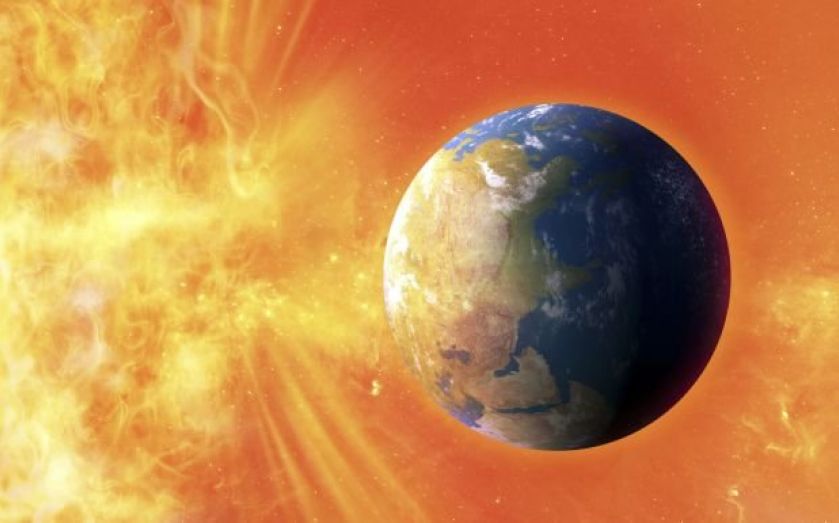 The Met Office is opening the Space Weather Operations Centre in Exeter later today – a forecasting unit which will aim to protect the UK's economy and infrastructure against solar flares and other forms of extreme space weather.

The centre will analyse images and solar activity data recorded by UK and US satellites and ground-based instruments.
It was developed using £4.6m of funding from the department of Business Innovations and Skills (BIS) and is expected to help protect the electricity industry, satellite operators, the aviation industry and the armed forces.
Solar flares are extremely fast bursts of electromagnetic waves, with the capability of disrupting air flight paths, damaging satellites and power grids, and interfering with radio communications. They are recognised as having potentially catastrophic impacts on the UK's national infrastructure, and as such are listed as the fourth most serious threat by the UK's National Risk Register.
From next week, the Met office will post details of upcoming space weather on its website. These will include alerts and warnings of events such as aurorae, solar flares and coronal mass ejections – huge eruptions of magnetised plasma with the strength to destroy power grids on Earth.
The Met Office said its new centre would provide “the vital information to help build the resilience of UK infrastructure and industries in the face of space weather events, thereby supporting continued economic growth.
“This new government investment in the Met Office space weather prediction capability will help government and business to prepare for and mitigate the impacts of a high impact space weather event and support the growth and resilience of the UK space industry,” it added.
In 1989, a disruption to a power grid in Quebec by a geomagnetic storm left six million without electricity for nine hours. That same storm also damaged two transformers on the UK grid and a nuclear power plant in New Jersey.