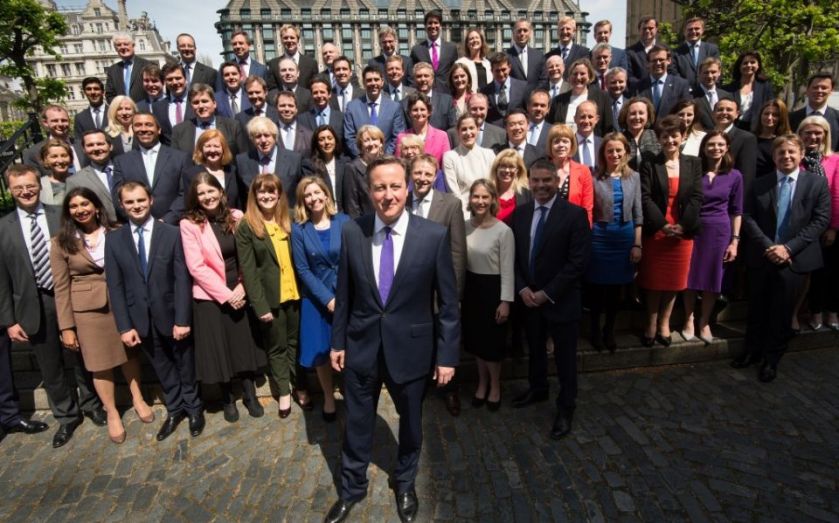 Prime Minister David Cameron unveiled his first all-Tory government yesterday, with a slew of business-related and economic positions being handed to new faces.

Former culture secretary Sajid Javid received the top government job for enterprise, becoming secretary of state for business, innovation and skills in the new cabinet.
Javid, who was also financial secretary to the Treasury from 2013-14, replaces Liberal Democrat Vince Cable, who lost his seat in Twickenham in the General Election.
Thatcherite Javid left a career in banking to become a politician in 2009, having previously worked at Chase Manhattan Bank and Deutsche Bank.
Cameron also named former deputy chief whip Greg Hands as George Osborne’s second-in-command as chief secretary to the Treasury. He replaces another Lib Dem, Danny Alexander, who, like Cable, lost his constituency contest last Thursday.
In total, the Prime Minister has appointed 10 women to the cabinet, with Ros Altmann named new pensions minister yesterday afternoon in something of a shock turnaround, after David Gauke was earlier touted as the likely contender for the role.
Meanwhile, sterling continued its climb yesterday, rising to over $1.56 during the day’s trading.
The pound has risen strongly since the Conservative victory, although this week’s jump is also attributed to the prospect of an earlier-than-expected rate hike from the Bank of England.