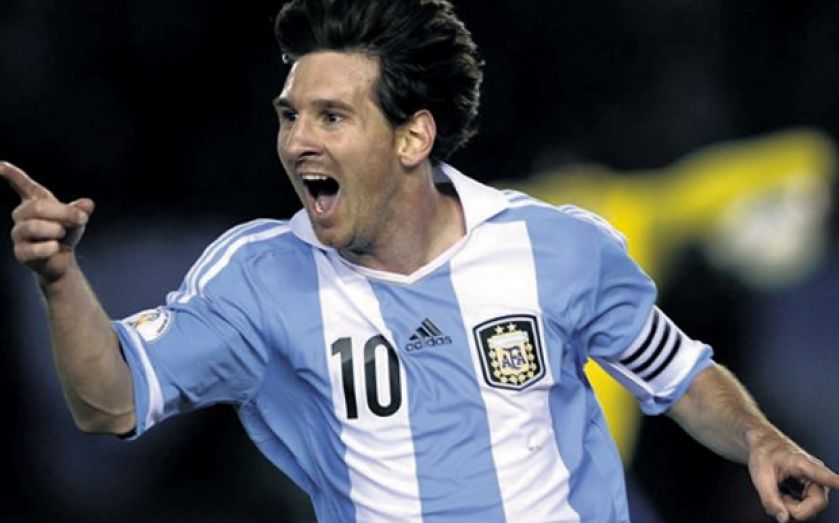 ALL four previous World Cups in South America have been won by teams from the host continent, which goes some way to explaining why Brazil and Argentina are red-hot favourites.

Spearheading the European challenge will be ever-improving Germany, while holders Spain, bidding to win an unprecedented fourth international tournament in a row, will also hope to give the hosts a scare.

But Brazil, the most successful team in the tournament’s history with five stars adorning their shirts, look perfectly balanced and ready to deliver.

The nation’s hopes lie on the slender young shoulders of Barcelona star Neymar, but the sheer potency of forwards Fred and Hulk should not be underestimated. Add in a disciplined midfield blend of Luiz Gustavo and Paulinho, plus an uncharacteristically solid central defensive partnership of Thiago Silva and David Luiz and it becomes very difficult to look beyond Luiz Felipe Scolari’s team lifting the trophy aloft on 13 July.

Dealing with the weight of expectation from a country that lives and breathes football could be Brazil’s biggest challenge. However, victory in the Confederations Cup on home soil last summer, which included a 3-0 demolition of Spain in the final, should be evidence enough that Brazil can cope.

Neighbours Argentina possess such depth of attacking talent that former Manchester United and City star Carlos Tevez is missing from the squad.

The world’s best player Lionel Messi will be desperate to shine on the biggest stage of all, having only scored one goal in two previous World Cup finals campaigns.

With Gonzalo Higuain, Sergio Aguero and Angel di Maria helping to form a lethal four-pronged attack, Argentina could feasibly outscore all who stand in their way, particularly group rivals Nigeria, Iran and Bosnia-Herzegovina.

Yet Argentina are among World Cup’s perennial disappointments. Not since the magic of Maradona – aided by divine intervention to beat England – in 1986 have Argentina won the World Cup, and they have failed to progress beyond the last eight in the last two tournaments.

An unconvincing defensive pairing of Ezequiel Garay and Federico Fernandez could prove their undoing, though the opportunity of taking home the trophy from Brazilian soil will no doubt provide extra motivation.

To do so, they will hope to avoid a potential quarter-final with free-scoring Germany. Despite manager Joachim Low’s preference for playing without a recognised striker, Germany scored 36 goals in 10 World Cup qualifiers, winning nine of those matches.

A tournament-ending injury to Marco Reus has proved disruptive to a team likely to field seven players from Bundesliga powerhouse Bayern Munich.

Their approach, with Arsenal playmaker Mesut Ozil at the heartbeat, mirrors the style used so successfully by Spain to win Euro 2012.

That ageing team was trumped at the Confederations Cup last summer, but manager Vincent del Bosque insists there is more to his team than just tiki-taka. And, with Brazilian-born Diego Costa having switched allegiance, the bulldozing Chelsea-bound forward can prove Spain know there is more than one way to skin a gato.