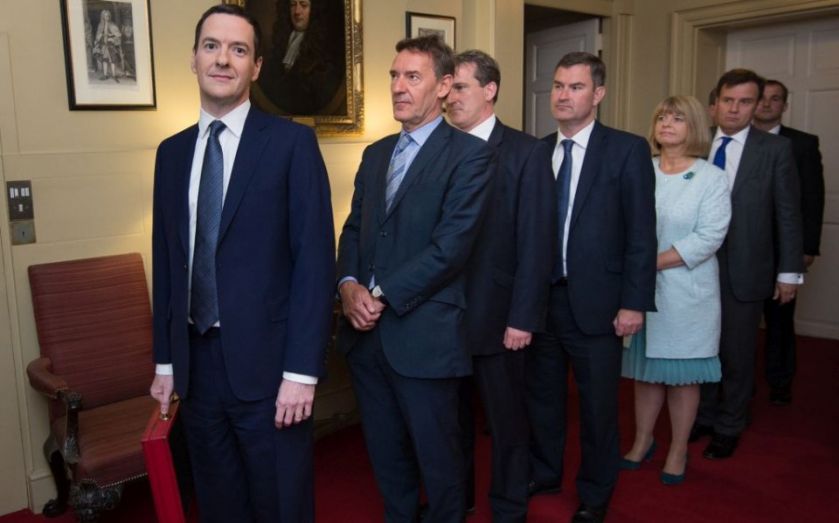 Today we have upgraded our forecast for UK GDP growth to 2.6 per cent for this year and next.

On the face of it, we should be content with such an outcome, particularly when looking at the economic problems facing the Eurozone and the recent slowdown in China that has reverberated across markets around the world.

But there are points on the horizon that, when combined, could halt growth in its tracks, and turn the chancellor’s deficit reduction plan into a three-Parliament problem.

At the summer Budget, George Osborne announced that he would cut the deficit at the same pace as he had in the previous Parliament – slower than had been set out in the March Budget.

This will go some way towards helping those who haven’t had a real terms pay rise in years. Such a dramatic increase, however, will adversely impact businesses across the spectrum.

Large and profitable businesses may be able to absorb the cost – but those in the retail, hospitality, and care sectors will be negatively affected. Businesses may have to reduce their headcount or increase prices – as we have already seen companies announce this week.

Small businesses in particular will suffer. They will have to find extra money for staff at the very point that they will need to begin workplace pension schemes, which could force these smaller firms to implement drastic measures to make ends meet.

We have revised up our unemployment rate forecast this year to 5.4 per cent which, while low, suggests that part-time work is declining already.

Further, all businesses are going to feel the pinch from the increase in the insurance premium tax that was announced in the Budget. It rises to 9.5 per cent from 6 per cent in November.

Every firm will have buildings, health and safety, and general liability insurance policies – every single one will now automatically rise in price, which will damage the profit margins of companies up and down the country.

Big businesses are also awaiting further details on how the apprenticeships levy will impact their balance sheets.

The reduction in corporation tax to 19 per cent in 2017 is designed to offset this, but we are now left with a situation in which businesses will have to cope with wage increases and other measures before any benefit from a corporation tax reduction takes effect.

We have forecast that business investment will grow by 7.4 per cent in 2015, before falling back to 5.9 per cent next year.

So long as interest rates remain low, firms are looking to invest and consumers are spending their income on mortgages and retail.

But with a rise in the base rate expected next year, businesses are hedging their bets, and it could also hinder the consumer expenditure that our economic growth relies on.

What does all this have to do with the deficit? Well, the Treasury relies on income from tax receipts in order to balance the books.

If consumer expenditure slows, or tax revenues fall due to job losses or the reduction in corporation tax, then the pledge to eradicate the deficit in this Parliament won’t be fulfilled.

Instead, we could be looking at the continuation of austerity well beyond 2020.