Musical shares: Why Merck Mercuriadis believes the old ones are always the best 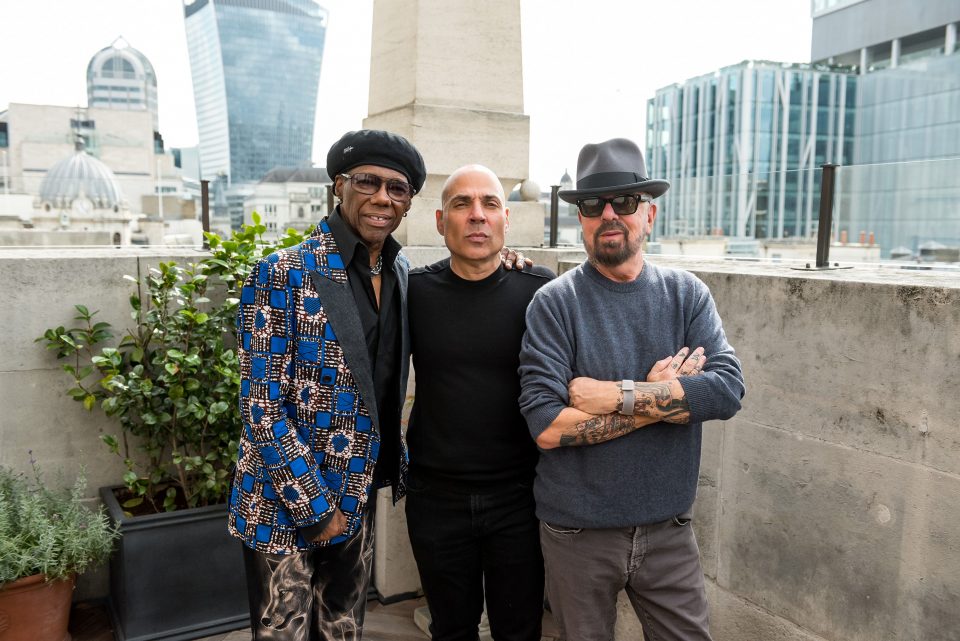 Merck Mercuriadis has a party trick. If you tell the veteran music mogul-turned City slicker your favourite band, he’ll name an older band that influenced them. Like a Spotify algorithm, but in real life.

Mercuriadis’s encyclopedic music knowledge is hardly surprising. Over his career he has managed artists including Morrissey, Beyonce and Elton John, and he still manages Nile Rogers. But over the last year the Canadian-born exec has turned his attention from the studio to the boardroom, and is hoping to charm the City with Hipgnosis, the London-listed music royalties investment firm he set up in 2017.

Put simply, Mercuriadis’s speciality is squeezing revenue from songs. Hipgnosis snaps up the catalogues of songwriters and tries to slot them into films, TV shows, games and Spotify playlists. The firm, and its investors, then reap the rewards of the royalties.

For Mercuriadis, the key challenge has been establishing music as a new asset class – one he compares to gold and oil.

“The reason why gold and oil have the value that they have is because in general they are predictable and reliable,” he says. “What we’re saying is that songs have exactly those traits.”

The argument is compelling: music is a commodity that remains unaffected by political and economic developments, and a popular song will always generate revenue.

Mercuriadis’s focus tends to be songs from “culturally important artists”. He reels off a list of some of his biggest bets, including Justin Bieber, Beyonce, Kanye West and Diana Ross.

“With the greatest respect to Pixie Lott, I’m not buying her number one single, because it has no cultural importance.”

But while most of Hipgnosis’s catalogue consists of old, tried-and-tested hits, the music boss also snaps up current chart-toppers that he thinks will stand the test of time.

He takes the example of Havana, a 2018 number one by Camila Cabello. Alongside Justin Bieber’s Despacito, he sees it as a pioneer for the rise of Hispanic music. Moreover, current tensions between Cuba and the US means the song has the potential to take off.

“In a few years’ time, Havana will end up being one of the biggest destinations for people to go to from the US, and this song is obviously the logical soundtrack to that,” he explains.

Mercuriadis co-founded the fund with Nile Rogers, and the Chic guitarist acts in an advisory capacity. I ask the boss whether he or Rogers is the real brains behind spotting great songs and, just for a moment, he is thrown off his polished spiel.

“Nile is always going to be the brains because he’s one of the greatest writers of all time, but he would probably be very kind and share the credit with me.”

Many in the music industry have lamented the rise of streaming giants such as Spotify and Apple Music, but for Mercuriadis it’s been a boost to business. While in the past only true fans would fork out to buy an album, he argues, now the “passive” consumer has been transformed into a paying customer. Moreover, old songs – the ones Hipgnosis invests in – can be rediscovered in a few taps.

“If Adele releases a new album tomorrow, you’ve already got it. If the Beatles release the 50th anniversary version of Abbey Road [as they did last month], it’s already yours,” he says.

Spotify now has more than 100m paid subscribers and, with potential for growth in huge markets such as India and China, Mercuriadis expects this number to keep surging.

This is the pitch the Quebec native is flogging around the Square Mile. Hipgnosis has already raised £400m from backers including Invesco, CCLA and Investec, and is now hoping to raise a further £300m.

Mercuriadis thinks his company will be worth £1bn by next spring and £2bn in two years’ time. At that point the music boss hopes his firm will own 30,000 songs, compared to the 7,000 it currently controls, which he describes as the “perfect size”.

Dressed casually and head-to-toe in black, Mercuriadis cuts an incongruous figure in the boardroom where we meet. Has he had difficulty winning over the City’s more cautious investors?

Mercuriadis says he traipsed to 177 meetings for Hipgnosis’s first funding round. “Eight of them said to me: ‘Look, don’t ever darken our doorstep again, we will just never be interested in this as an asset class’”.

The remainder, he says, were interested, and the firm’s first £200m came from 38 different investors.

“I’m very encouraged by the way the financial community has responded,” he says. “One of the words that kept coming up from potential investors were that they were fascinated – to me that means there’s something intriguing and interesting here, that no one has brought to you before.”

Mercuriadis is keen to flaunt the impressive roster of songs already in his portfolio, but if could get his hands on any catalogue of songs, what would it be?

Unsurprisingly, he picks the Beatles. Perhaps he senses my disappointment, because he admits it’s an obvious choice, but insists they are “obviously the greatest success story ever in our business”.

Before he leaves, there is just enough time for Mercuriadis to deploy his party trick. I tell him my favourite band is The 1975 – a response that is half-truthful, half-panicked. “Check out Roxy Music,” he says, without missing a beat. “The first five albums.”