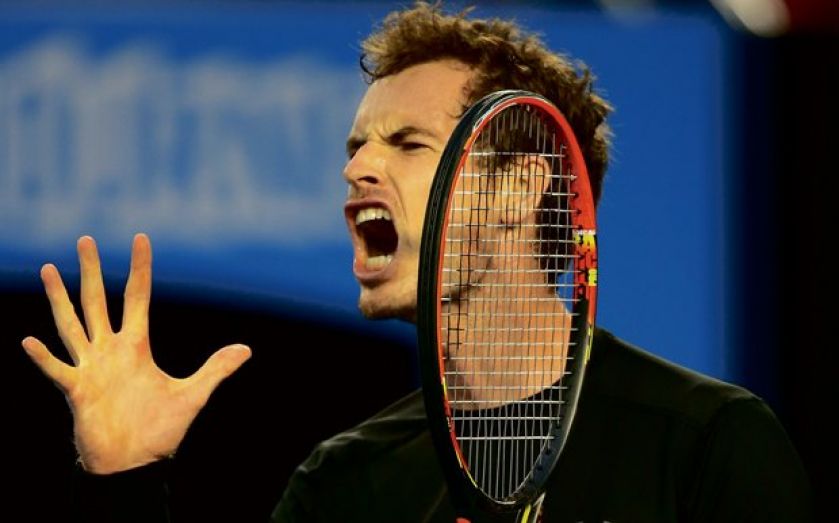 A DEFLATED Andy Murray admitted the mid-match fitness problems endured by opponent and world No1 Novak Djokovic caused him to lose focus after succumbing to a fourth Australian Open defeat in Melbourne yesterday.

The 27-year-old’s demise under the lights at Rod Laver Arena means the 2013 Wimbledon champion has now lost six grand slam singles finals against the mercurial Serbian and three at this competition alone.

Top seed Djokovic incurred thumb and ankle problems in the opening two sets and then appeared to suffer cramp in the third, before saving break point at 3-3 and storming to victory without any further sign of physical distress.

“The third set was frustrating because I got a bit distracted when he fell on the ground after a couple of shots,” said Murray. “It appeared that he was cramping and then I let that distract me a little bit.

“I’m frustrated at myself for letting that bother me at the beginning of the third set, because I was playing well, I had good momentum, and then just dropped off for 10 minutes and it got away from me.

“That’s what I’m most disappointed about, not so much the fourth set because I think, especially at the end of it, he was just going for everything, and it was going in. But the third set was more frustrating for me.”

Defeat spelled the end of Murray’s bid to make history and become the first man in the Open era to win the Australian Open after three previous defeats in the final.

And while the two-time grand slam winner was careful not to cite Djokovic of deliberately exacerbating his injury struggles in an attempt to engage the Scot in on-court mind games, Murray was intrigued by the scale and speed of his rehabilitation.

“I would hope that that wouldn’t be the case. I don’t know, I have no idea,” he added. “He obviously looked like he was in quite a bad way. But if it was cramp, how he recovered from it, that’s a tough thing to recover from and play as well as he did at the end.”

Murray was playing his first grand slam final since undergoing back surgery in September 2013 and, after a string of sluggish performances last year, he believes his pathway to the final is proof of a burgeoning resurgence.

“It’s been a great couple of weeks compared with where I was a couple of months ago,” said Murray. “It’s like night and day really. I’m playing way better in almost every part of my game. Moving better. Physically, I feel better, more confident, more belief.

“Mentally, I felt much, much stronger than I did at the end of last year and during the majors last year. So for me, there are lots of positives. Novak [Djokovic] has won here five times now. There’s no disgrace, obviously, in losing to him.”