Murdoch announces launch of The Sun on Sunday 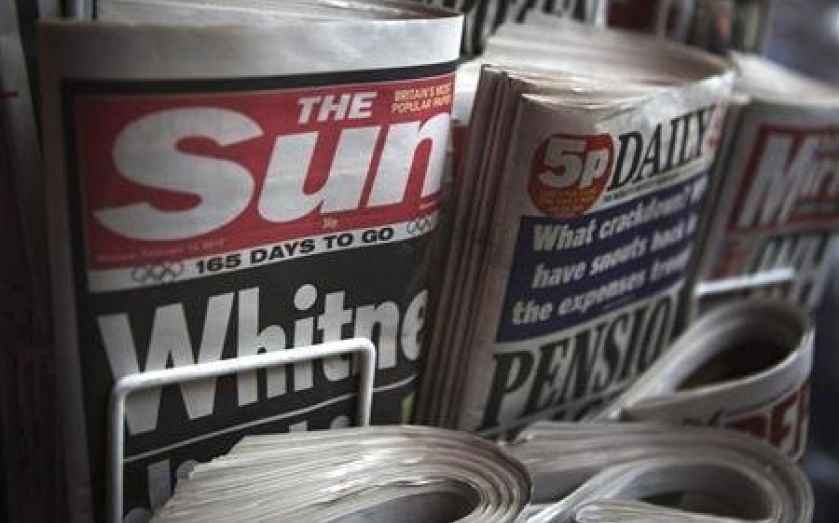 Rupert Murdoch has announced his intention to launch a Sunday edition of The Sun newspaper “very soon”. The new publication has been rumoured ever since the News of the World was forced to close in July 2011 and it is believed that several mock-ups of ‘The Sun on Sunday’ have already been produced, suggesting its launch could be imminent. The media baron flew into London late last night to placate staff at the tabloid who were furious about their management’s handling of the ongoing police investigations into journalistic practices. In addition to praising the skills of his journalists, the 80-year-old chairman and chief executive of News Corporation used an email to staff to declare that while “illegal activities simply cannot and will not be tolerated” he would lift the suspension of journalists who have been arrested on the basis that they are innocent until proven otherwise. Murdoch has a long-standing attached to The Sun, which he founded in 1969. He finished his email to staff with a pledge to stay with his journalists in London “for the next several weeks to give you my unwavering support”. But News Corp shareholders in the US are understood to be concerned about his commitment to a troubled business that forms a tiny percentage of the group’s revenue, especially given the prospect of a federal investigation into the firm under a law that bars American companies from making corrupt payments to foreign officials.