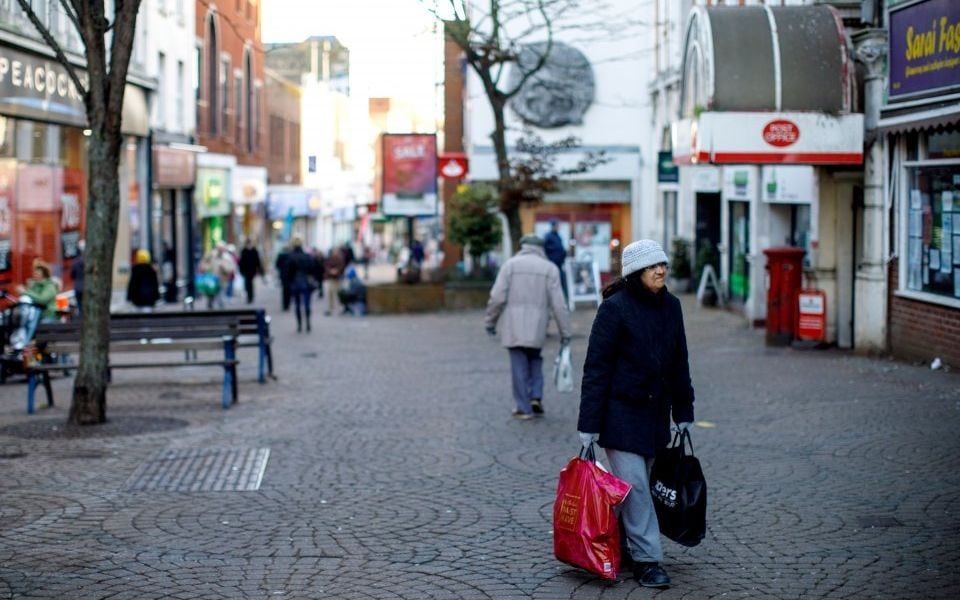 The government or the financial watchdog should be ready to intervene if banks do not do enough to halt the closure of local branches, MPs have suggested.

In its report into financial inclusion, the influential Treasury Select Committee (TSC) said the closure of local branches were more likely to affect older and more vulnerable customers and that banks must do more to keep them open.

The committee said "face-to-face" banking could be maintained through the greater expansion of mobile bank branches, through banks sharing facilities with each other, and via the pooling of staff of different banks.

It said the Lending Standards Board, which oversees fair lending, should publish the names of banks who could not prove they were doing enough to stop branch closures, "to increase transparency and the potential for external scrutiny over branch closures".

Read more: Lloyd's of London brings in Banking Standards Board to conduct review

The MPs said they did not believe that competition law hindered banks from sharing facilities, but that if it did, the government should consider making changes to law.

"If the financial services market is unwilling to innovate to halt the closure of bank branches, market intervention by government or the FCA may be necessary to force banks to provide a physical network for consumers," the report said.

The number of bank branches in the UK has fallen from 20,583 in 1988 to 9,690, based on 2017 estimates. Demand for branch services has fallen in the wake of financial innovation that allows customers to use services online or on their phone.

However, the MPs said the number of IT failures suffered by banks meant they could not rely on online and mobile apps to replace their physical presence through branches entirely.

The most high-profile IT failure was the one to strike TSB last year, when thousands of customers were locked out of their accounts for days on end. The fiasco forced the resignation of chief executive Paul Pester and has cost the bank £330m and 80,000 customers.

The report also found that Post Office were increasingly being used to plug the gap in local branch store closures.

Customers were increasingly being told to go to the Post Office to receive basic banking services, such as ATM-like services, because so many high street bank branches have been closed, the TSC said.

But the MPs added that Post Offices, which are publicly owned, should not be seen as a replacement to bank branches and must not subsidise the big banks' branch closures.

They said Post Offices should receive funding from banks to carry out the basic services they are being asked to do on their behalf.

"Taxpayers should not be subsidising the big six banks’ lack of branches," the TSC said. "The Post Office is not an optimum environment for customers, particularly vulnerable ones, for banking services as staff are typically not banking specialists.

"The Post Office should not be seen as a replacement for a bank branches, but a complimentary proposition where available. In cases where the ‘last bank in town’ is due to close, banks should be required to provide and fund banking hubs’ in the local Post Office, with adequately trained staff."

Their views contrast with those of Labour, which announced earlier this year that it would transform post offices into branches of a new, nationalised bank to halt the decline of the high street and face-to-face banking.

TSC chair Nicky Morgan said it could no longer ve an option for banks to ignore financial inclusion.

“A patchwork of improvements and adjustments have been targeted at some groups of consumers, but the basic level of access is still not universal. There are significant areas of concern where vulnerable consumers are effectively excluded from participating with financial services providers."

Stephen Jones, the chief executive of trade association UK Finance, said:  “The industry takes its societal responsibilities extremely seriously and is committed to looking after every customer, including those in vulnerable circumstances. The industry’s commitment to financial inclusion is best illustrated by the basic bank account which offers free if in credit banking to nearly 7.5m customers and is designed specifically to ensure that the widest range of citizens can have free, safe access to the banking system, including the disadvantaged."