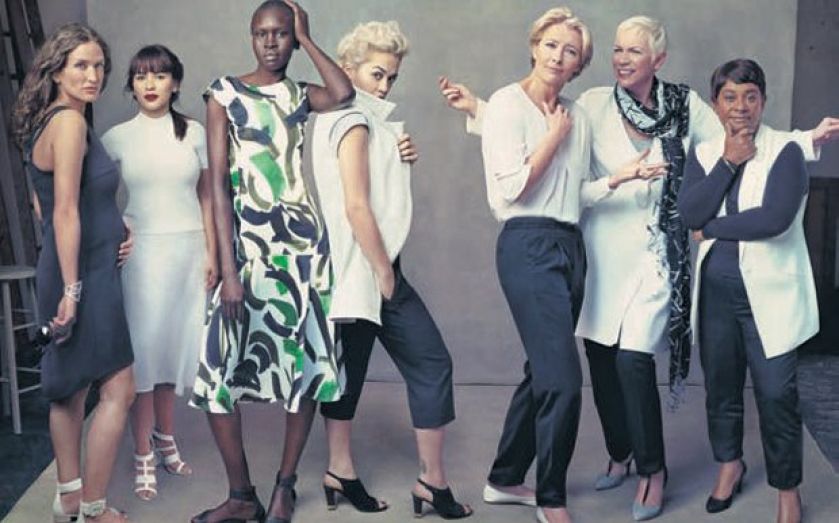 THE LATEST M&S gaggle of leading ladies was revealed yesterday.

Will it be enough to persuade the nation’s women to start wearing its garms again? Heaven knows. But we have noticed a pattern emerging. The last time M&S revealed a line-up was August.

Again, there was a much-loved British actress of a certain age (Helen Mirren), a young British popstrell (Ellie Goulding), a striking model (Karen Elson) and a fashion doyen (Grace Coddington) – all choices mirrored in this round’s selection.

So The Capitalist thought M&S could take a breather and we could take over for next season’s choices. Actress Judi Dench, singer Paloma Faith et cetera.

But actually we’ve got an even better idea. Why not get the City’s leading ladies in there? Especially with the Cranfield Female FTSE Board report coming out tomorrow and all.