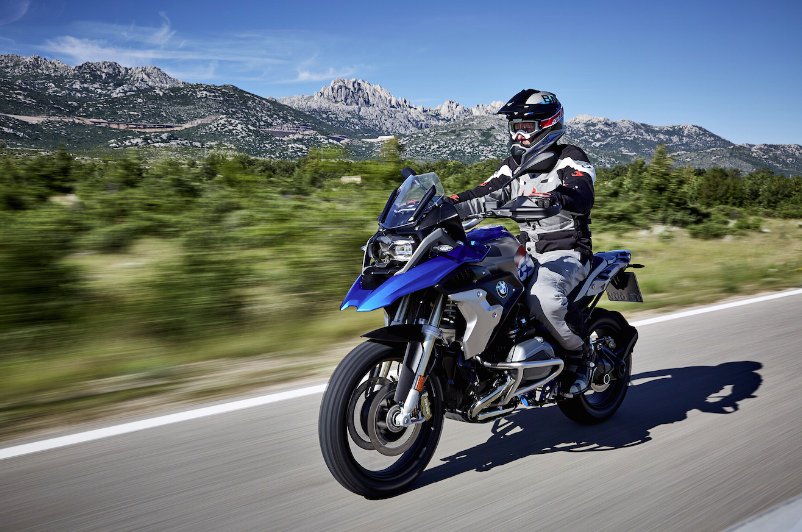 Motorcycles are amazing. For less than the price of a Ford Fiesta, you can buy a machine that accelerates faster away from the lights than a Ferrari. Or cruises with the roll-along comfort of a Bentley. Or, with the BMW R 1200 GS, has more go-anywhere ability than a Land Rover.

Ewan McGregor and Charley Boorman famously did go just about everywhere on these bikes. They rode from London to New York – the long way round. Their televised odyssey only added to the kudos of the long-running BMW GS line, which was born in 1980 and has set standards ever since.

GS stands for Gelände/Straße or ‘off-road/road’. With long-travel suspension, big wheels and an upright riding position, the GS was designed as a motorcycling equivalent of an SUV. And, like the SUV, riders these days can’t get enough of them. Despite prices starting well into five figures, the BMW GS is the UK’s best-selling motorcycle.

And, if you’re anything like me, ride and ride until the tank almost runs dry, even though I’d left my wallet at home

Why so? Essentially, the traits that made it so great for Boorman and McGregor also make it master of the day-to-day slog – as I discovered when BMW loaned me an R 1200 GS. Not just any GS either, but the GS Adventure, and in top-spec £17,670 Rallye TE guise (don’t panic – the Adventure starts from a more palatable £13,400) for even more around-the-world vibes.

This is not a bike for beginners. Indeed, it’s rarely beginners who buy it (although BMW runs courses to get your licence in a week), but riders in their 40s and 50s, who are done with road-going MotoGP stuff and want a bike for life. Some, at a certain point, stop riding. Others buy a GS. A bike so amazing, they’ll never, ever want to stop. 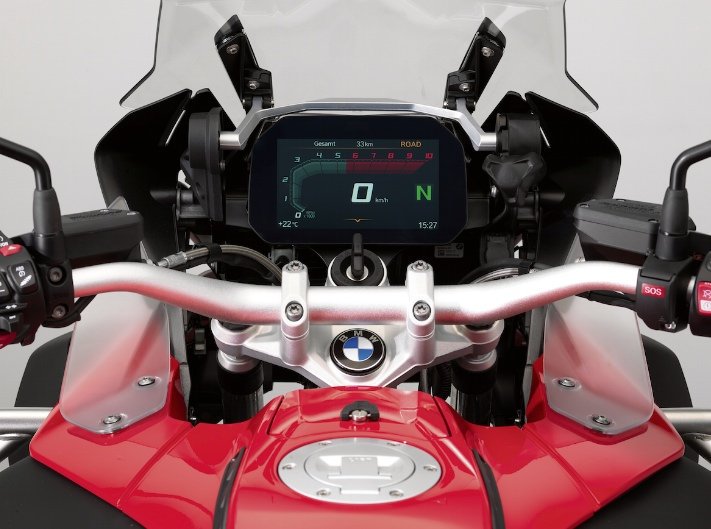 The view from behind the handlebars

It takes a bit of getting used to. It’s tall, and the 1,200cc boxer engine is substantial. If you have the adventure-style boxes on the back, filtering through traffic will be a tentative affair. But you’ll soon bond with it. And, if you’re anything like me, ride and ride until the tank almost runs dry, even though I’d left my wallet at home.

The engine is staggeringly smooth and sounds gorgeous. It’s a beautiful, mechanical noise, with an overlay of creamy exhaust parp. GS riders hope the planet’s oil never runs out, but with official fuel economy of 56.9mpg, and 60mpg possible during easy cruising, they’re doing their bit to ensure it doesn’t.

It’s fast, too, with loads of pulling power low-down, as opposed to screaming superbikes. Simply twist and go – it’s quicker than anything you’re likely to encounter. There’s electronic stability and traction control to tame any over-exuberance, and ABS to stem skids. The Adventure even has adaptive suspension and a range of riding modes, should you want it a bit stiffer and sportier.

The latest GS comes with a bright, colourful TFT instrument display, a bit like a McLaren 720S. Sitting above it is a touchscreen sat nav, and you can Bluetooth the whole lot into your helmet, so it’s just like being in a car. There are also power sockets galore and heated grips. BMW even has a range of heated clothing, so you can stay dry and toasty in winter.

So the compromises usually associated with motorcycles are minimal, and you have all the benefits of being on two wheels. Not least, being immune from traffic snarl-ups. London’s Cycle Superhighways mean more people are taking to pedal power, but if you live further out – maybe you’re a South Western Trains commuter – that’s not realistic. Enter the GS.

Britain’s best-seller is also the best all-rounder there is. The BMW R 1200 GS is not cheap, that’s for sure, but it still costs less than most cars, and is a traffic-hacking commuter tool that delivers more thrills per mile than many a supercar. No wonder Ewan and Charley decided to go the long way around.