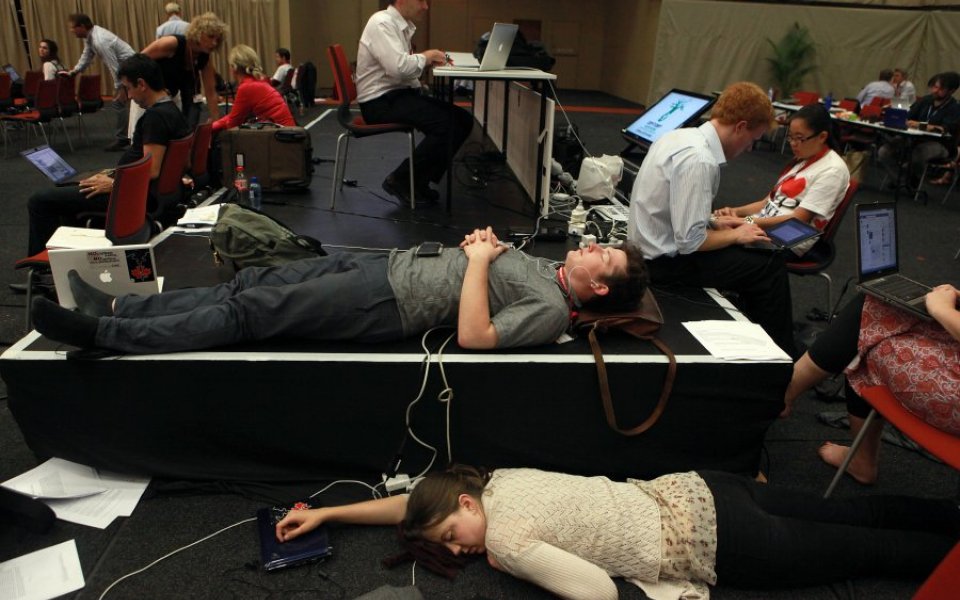 Most of us lose 8.5 working days each year to tiredness resulting from sleep deprivation, according to a survey by digital medicine company Big Health.

But for people who regularly don't get enough sleep and report spending a “below average” amount of time in bed, this rises to 14.6 days, or three weeks worth of work.

Meanwhile, 27 per cent said they struggled not to fall asleep at their desks.

Unsurprisingly, the economic impacts of this are huge – along with sickness absence and age-related ill health, tiredness at work knocks an average of £100m from the UK economy each year.

But it isn't just work that suffers when we don't get enough shut-eye – 48 per cent said it affected their mood at home, while 35 per cent said it impacted their relationships with other people. One in five reported actually falling asleep at the wheel over the last year.

Colin Espie, professor of sleep medicine at the University of Oxford, said: “Sleep affects us on various levels – mentally, emotionally and physically – so when we have had no or insufficient sleep, we feel the consequences.

Physically we will feel lethargic and sleepy, mentally we become slowed down with poorer concentration and memory, and emotionally we may become irritable and rather down, with bursts of hyperactivity.