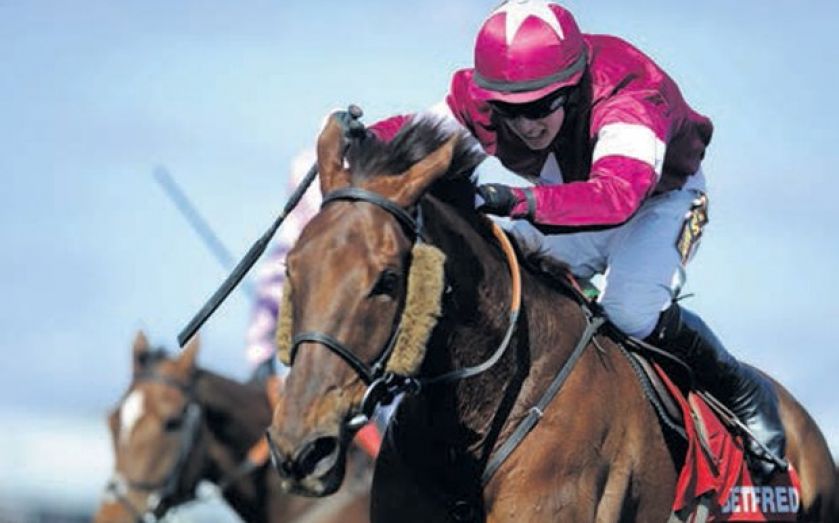 BOBS Worth was my selection last year to triumph in the showpiece event of this week’s Cheltenham Festival, the Cheltenham Gold Cup (3.20pm), but I have to oppose him this year purely on value grounds.

You can’t knock Bobs Worth. The nine-year-old is five from five at Cheltenham and has won a trio of races here in successive years. His determination to win is remarkable for a small horse by chasing standards.

He’s nine from nine when hitting the front and has only once ever finished out of the frame. That came this season at Haydock, a track that didn’t suit and where he was clearly under par.

The gelding’s subsequent Lexus Chase victory in December was top-class and everything is in place for a big run.

But I’ve been a fan of FIRST LIEUTENANT for years and have been desperate for Mouse Morris to get the go-ahead from Gigginstown to let him take his chance in the blue riband event. The son of Presenting needs a good surface, something he rarely gets in his native Ireland. He has three Grade One wins to his name and two of those have been on good ground.

Morris’ stable star has been placed three times behind Bobs Worth over shorter trips and I’ve seen nothing to suggest the step up here to 3m 2½f will be an issue.

I don’t like Silviniaco Conti because of the ground. He’s much better on a soft surface and I will be supporting Bobs Worth against him in a match bet with Sporting Index.

There is a fair bit of deadwood in the race, but it’s been interesting to note the support for Henderson’s other runner Triolo D’Alene. AP McCoy’s on the Hennessy hero and he’s another who will love the conditions.

However, it comes down to value and 10/1 each-way with Star Sports has to be the call.