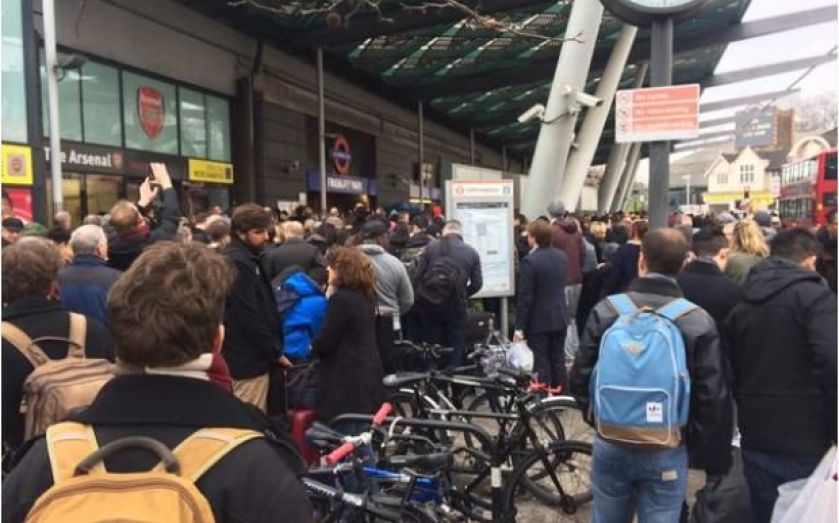 Finsbury Park station was shut by Network Rail due to "dangerous overcrowding" this afternoon as London was hit by a second day of rail chaos as engineering works around mainline stations continued to overrun.

The station was transformed into London's main hub running services to the North after trains after King's Cross services were cancelled due to delays and cancellations.

As queues and crowds clogged up platforms and corridors, trains backed up outside Finsbury Park, unable to let passengers off because of overcrowding.

King's Cross wasn't the only station causing passengers misery: Network Rail said although Paddington services, suspended throughout the morning and early afternoon due to overrunning engineering works, were beginning to run, they will be hit by disruptions for "most of the day".

It's a touch busy at #FinsburyPark station this morning… pic.twitter.com/Ccnkz2rDJ0

The disruption follows a day of misery for passengers as thousands attempted to take advantage of Boxing Day sales.

All services on the East Coast, West Coast and Great Western mainlines were cancelled. Midland, Cross Country and East Anglia were also hit by cancellations.