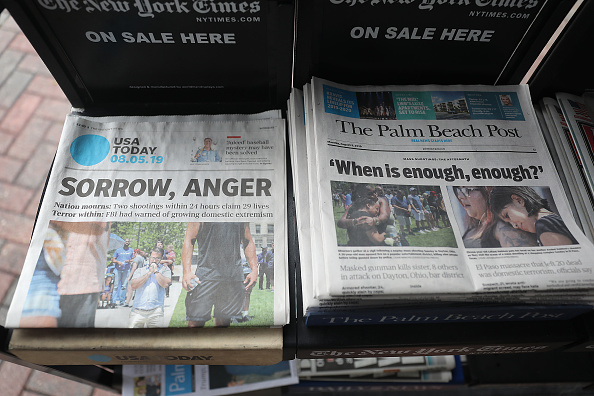 MNG Enterprises has disclosed a 9.4 per cent stake in New Media Investment Group and has said it may try to block the company’s proposed takeover of rival newspaper owner Gannett.

Local newspaper giant New Media announced on Monday that it was planning to buy Gannett for $1.4bn (£1.2bn) in a deal that would create the US’s largest newspaper owner, but MNG is considering voting against the purchase.

New Media, which owns the largest chain of US local papers, had said that the proposed purchase of Gannett would result in cost savings of $300m per year.

New Media’s shares were down 7.5 per cent in early US trading today. The company’s shares had dropped almost 19 per cent on Tuesday after news of the proposed merger.

MNG – also known as Digital First Media – is one of the largest newspaper owners in the US, owning around 200 publications including the Los Angeles Daily News and the Boston Herald.

Earlier this year Gannett fought off a $1.36bn hostile takeover bid from MNG, which is owned by secretive hedge fund Alden Global Capital, which then tried unsuccessfully to put nominees on the company’s board.