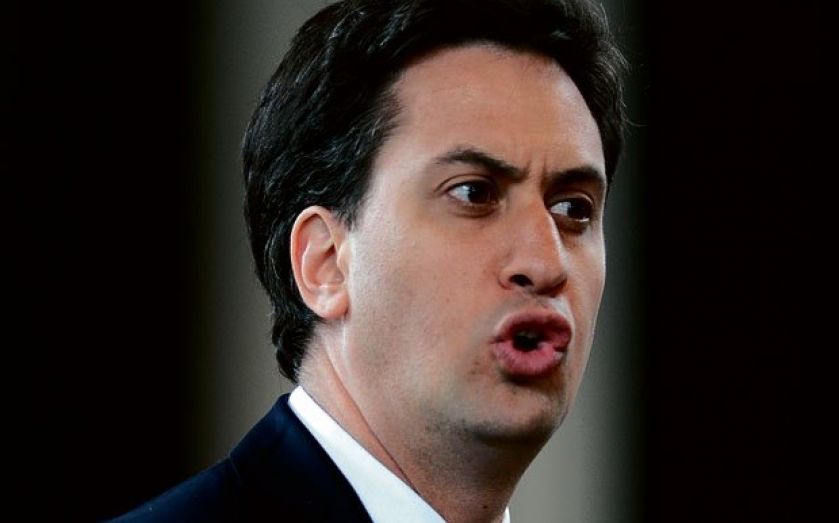 WRITING for City A.M. in advance of his speech at the CBI conference yesterday, Ed Miliband penned 700 words of waffle. Ostensibly, this was on the pretext of setting out Labour’s position on the European Union. But his policy was so topsy-turvy, it made you feel seasick. It was so contorted, it would have made an acrobat from the Cirque de Soleil wince.

First, he was worryingly vague, and he avoided the word “referendum” altogether. This is odd. Where the Labour policy on a European referendum ought to be, there is a vacuum – and even Miliband’s haziness cannot obscure it. Through the fog of catchphrases, try if you can to understand what he means here:

It’s time to come together with our sleeves rolled up to build a recovery which works for the many.

This is meaningless Polyfilla. It reads like a mediocre Powerpoint presentation. People are asking: what specific and concrete changes – if any – does Miliband want to see in Europe? And why won’t he support a referendum, to give the British public a say? On both of these points, he is silent.

Second, Miliband has a lopsided analysis of public opinion. In another incomprehensible sentence, he says:

The only way we will overcome the forces of despair that drive calls for withdrawal and protectionism is by tackling the deep roots of it in our economy.

Does he really believe this? He seems to be arguing that scepticism towards the EU doesn’t really have anything to do with the EU, but is instead a sort of grassroots revolt against the free market.

I’m not convinced. This is a Labour politician who has campaigned to “bring back socialism”. He wants to slap a new tax on your home, on your job, and on your pension. His hostility to business and the free market is well-known. And he is now either wilfully ignoring, or doesn’t understand, the central fact about the European debate. Namely, that there is a large swathe of the British public who are fed up with the status quo.

They are not angry about free trade. They are angry because Europe is too bossy, too bureaucratic, and too expensive. They want Britain to have more control over her own affairs, especially when it comes to encouraging business, job creation, and controlling our borders. And they want a democratic vote on it, because we haven’t had a say in 40 years. These people have a genuine grievance. Westminster needs to tackle that grievance head on – not just ignore it, or try to change the conversation.

Finally, Miliband is not even supported by senior figures in his own party. For example: the former chancellor of the Exchequer Alistair Darling admitted recently that a referendum is now inevitable. “It’s a boil that has to be lanced,” he said. But Miliband isn’t listening. He is so frightened of the voters, he won’t even use the word “referendum” in his own article on this very subject.

Contrast this with the Conservative Party, and our record. On Europe, we want safeguards for British business and the Single Market. We want to scrap the idea of “ever-closer union”. And we want more control over immigration, so the system is more intelligent and puts the British people first. And if people still aren’t satisfied after our renegotiation, they can vote to leave if they wish – because we will give them the final say.

The bottom line is this. Time and again, our Prime Minister David Cameron has confronted, not ducked, the difficult decisions in Europe. He has cut the EU budget and fought to get British taxpayers a good deal. He has got us out of the Eurozone’s bank bailouts, which would have hit taxpayers in the pocket. And he has vetoed an EU treaty, because it would have been bad for British jobs and British business. His track record speaks for itself. David Cameron has delivered before. Only he can be trusted to deliver again.