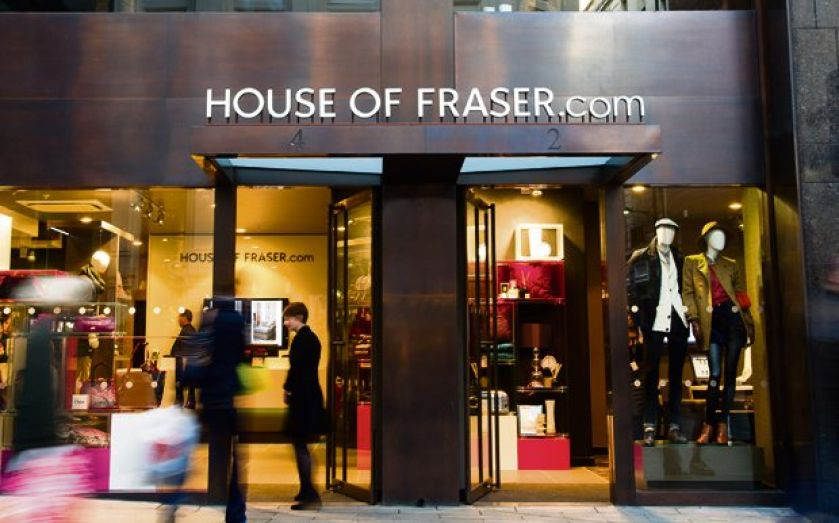 The sale of department store House of Fraser to Chinese conglomerate Nanjing Xinjiekou has gone through today – with Sports Direct owner Mike Ashley retaining his 11 per cent stake.
The deal values the business at around £480m – probably more than it would have valued at, had chairman Don McCarthy gone through with his original plans to float it.
Ashley unexpectedly acquired his stake in the business back in April, as talks with the Chinese buyers were taking place. He bought it from retail entrepreneur Sir Tom Hunter, who said he liked the “certainty of cash now” – a move which resulted in House of Fraser sending legal letters to both men.
However this does not seem to have affected the ultimate sale of 100 per cent of the preferred ordinary shares and B ordinary shares, and 89 per cent of the A ordinary shares and preference shares of House of Fraser's parent company Highland Group Holdings.
Ashley, who acquired the stake through Sports Direct subsidiary West Coast Capital (Hofco), does not have a position on the board.  According to a statement released today, Nanjing Cenbest offered to acquire his shareholding on the same terms as the main acquisition “but no agreement was finalised”.
Yuan Yafei, chairman of Sanpower Group, the largest shareholder of Nanjing Cenbest, said:

We are delighted to have completed the purchase of House of Fraser today. It is an unprecedented transaction and the largest acquisition of a foreign retailer by a Chinese listed company… We are excited to tap the significant opportunities that House of Fraser has in China, where the brand has very strong growth potential.

We are looking forward to bringing international brands to China through House of Fraser, providing Chinese consumers with premium fashion products. We are extremely confident House of Fraser will become a leading global department store and will serve as a bridge for premium brands between China and Europe.

McCarthy, who stands down as of today, added:

The acquisition by Nanjing Cenbest will move House of Fraser to the next stage of its development as a leading international, multi-channel retail group with a premium fashion offering.

Nanjing Cenbest was advised by Bank of America Merrill Lynch and House of Fraser by Reorient Group.