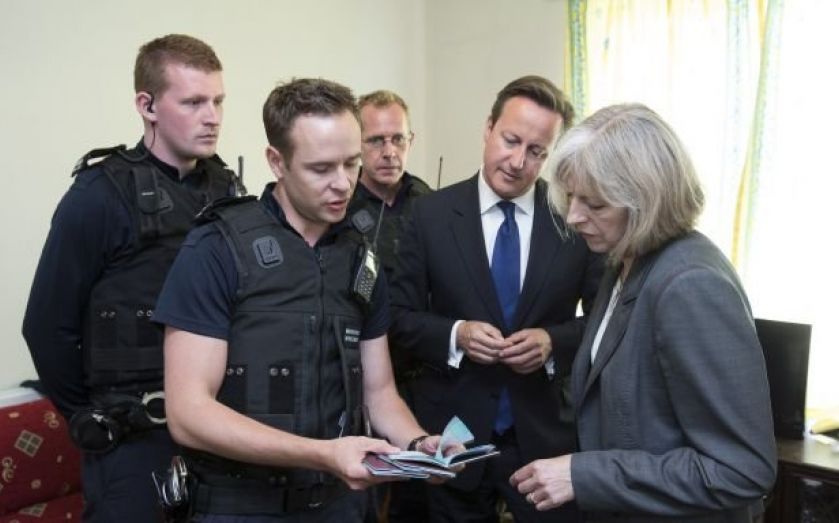 The amount of time that EU migrants can claim benefits in the UK while having no realistic job prospects is set to halve.

At present, EU migrants can claim unemployment benefits for six months without any clear work opportunities, but a new rule would see this time reduced to three months.
Prime Minister David Cameron said that the change is intended to “put Britain first”, adding that the current benefits system creates a “magnetic pull” which could cause some people to come to the UK for the wrong reasons.
"We want an immigration system that puts Britain first so if you come here illegally… we will make it harder for you to have a home, to get a car, to get a job, to get a bank account and when we find you – and we will find you – we'll make sure you are sent back to the country you came from," he said during a visit to see immigration officers.
He criticised the last government's approach to immigration, saying that that Labour had presided over a "no-questions-asked" welfare system that "drew migrants to the country for the wrong reasons".
Labour, meanwhile, accused Cameron of using this latest announcement to cover up his hitherto failure in dealing with immigration and benefits abuse. Shadow Secretary Yvette Cooper said "behind the rhetoric the true picture of this government on immigration is one of failure, with net migration going up, despite David Cameron's promise to get it down to the tens of thousands".
In order to go ahead, the proposed amendment must first face scrutiny by the EU commission, which will have to ensure that it complies with EU law. If approved, the change would take effect in November. According to research by the BBC, an estimated 10,000 people would be affected.
European Officials have already disagreed with the reasoning behind Cameron's proposition, arguing that there is no evidence to suggest that migrants move to Britain in order to claim benefits.  In response to Cameron's announcement, commission spokesman Jonathan Todd said "(Migrant workers are) of immense economic benefit to the member states in terms, in particular of responding to skills gaps and labour shortages".
The change would be part of the government's wider aim to bring down net migration to the UK from its current level of over 200,00 to under 100,000 by the time of the next general election. It has already said that EU migrants should not be able to claim out-of-work benefits until three months after arriving in the UK, and has issued powers to revoke the driving licenses of those not entitled to be in the country.