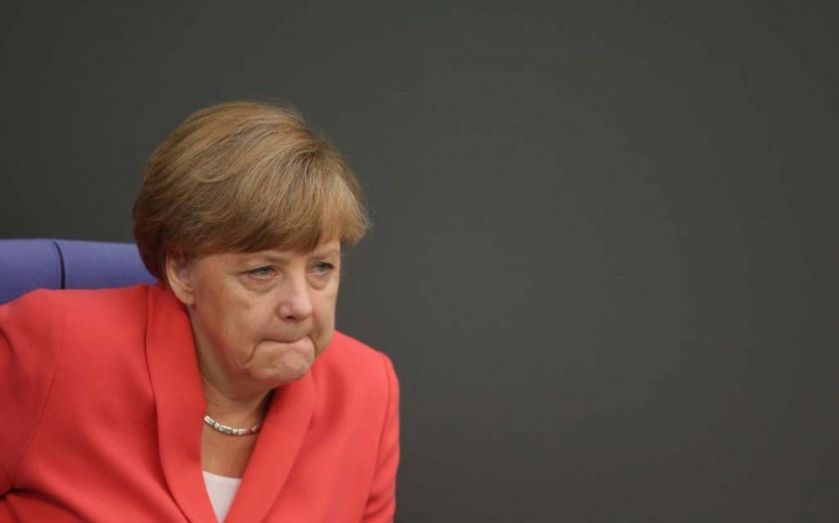 Greek banks opened again today after a three-week closure, as European politicians try to restore trust inside and outside of Greece after it narrowly avoided bankruptcy with a last-minute financial reforms deal last week.

German Chancellor Angela Merkel called for swift aid talks so that Athens can also lift withdrawal limits, which were previously set at €60 (£42) per day for Greeks.

From today, Greek people will be able to withdraw €420 per week in one transaction, however the limit effectively remains the same.

“That’s not a normal life so we have to negotiate quickly,” Merkel said in an interview with German public broadcaster ARD.

She also said it would be possible to talk about changing the maturities of Greece’s debt or reducing the interest Athens has to pay after the first successful review of the new bailout package to be negotiated.

Meanwhile, French President Francois Hollande yesterday called for the creation of a Eurozone government and for citizens to renew their faith in the European project, which has been weakened by the Greek crisis.

Reviving an idea originally put forward by former European Commission chief Jacques Delors, Hollande said: “What threatens us is not an excess of Europe but its insufficiency.”

Hollande said Europe had let its institutions become weaker and admitted the EU’s 28 members were “struggling to find common ground to move forward”.

“Parliaments remain too far away from decisions,” he added. “And people are turning away after having been bypassed so much.”

The president said populist movements had seized on Europeans’ disenchantment with European institutions and were taking issue with Europe because “they are scared of the world, because they want divisions, walls and fences to return”.