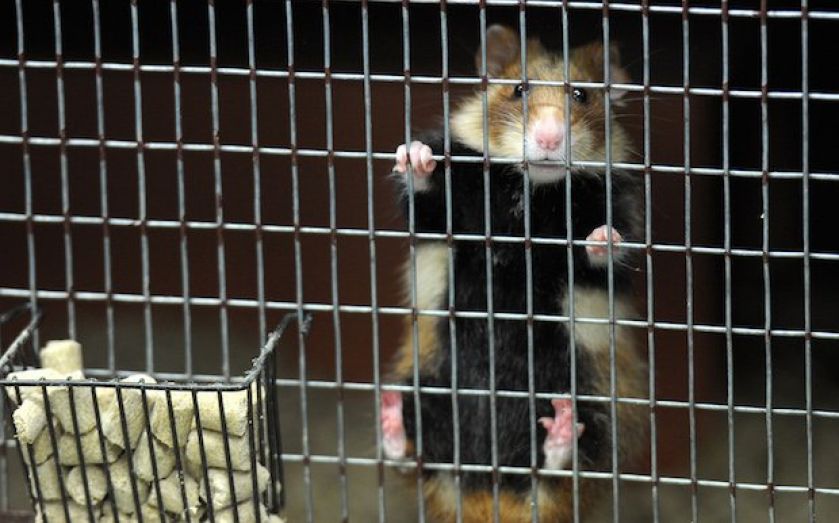 This is William Wallace, he’s a hamster and he’s currently running for Lord Mayor of Portsoken. The ballots are being counted today and the result is expected to be announced this evening.
“Hamster candidate, Sir William Wallace, pledges that if elected, he would declare Portsoken part of an Independent Scotland,” says Muhammad Al-Hussaini, the furry nationalist’s owner and candidate in the Portsoken Ward Election.
A meeting was called at Artizan Street Library last night to discuss the vote and choose other candidates but poor William Wallace (or Hamster Willie to his friends) wasn’t allowed in. A conspiracy to keep celtic nationalists out? Or simply a ban on furry friends? “Library policy,” Al-Hussaini said.

This is William Wallace, the hamster

Eh? Conspiracies? A single patch of the City of London becoming part of a potentially independent Scotland? We were confused too.
Portsoken is just one of the many wards of the City of London, geographically, it’s based outside the former London Wall, towards Aldgate. The ward is currently in the process of choosing a new common councilman, who will represent his ward on the City of London’s Court of Common Council. There are seven candidates currently battling for the honour.
But William Wallace battles it out in a one hamster race. There are no others striving to become Lord Mayor of Portsoken and by all accounts, no such position. But Al-Hussaini, who is running as a joke candidate to become common councilman (“I don’t actually want anyone to vote for me,” he told us), entered William Wallace into the fake ballot to bring some lightness back to the ward elections.
“I wanted to introduce some humour into this years’ elections,” Al-Hussaini told The Capitalist. “Lightness provides a good vehicle for raising concerns in the normal language of British humour.”
What’s Al-Hussaini’s beef? Well, he believes the election process has become too politicised because of the efforts of one Labour candidate to run for Common Council, William Campbell-Taylor.
“The City of London is apolitical and councilmen are traditionally not party affiliated.”
William Campbell-Taylor didn’t have anything to say to The Capitalist on the matter but these two have locked horns before. Keen not to get caught in the fray, The Capitalist is doing the sensible thing and voting for Hamster Willie.
Share:
Tags: NULL