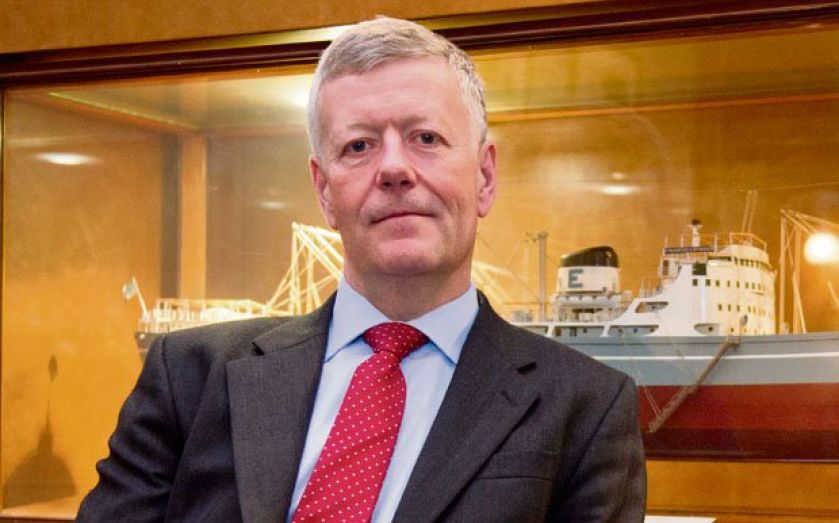 With the City sailing through choppy waters, the Baltic Exchange’s boss tells Julian Harris how the shipping industry can lead the way

LIBOR-FIDDLING, insider trading, insurance mis-selling, bailout-grabbing… it hasn’t been the best of times for the City’s reputation, of late. Meanwhile, throughout the world, packs of regulators and politicians continue to circle around the financial industry, discussing earnestly how they can control and punish this perceived problem child.

And to make matters worse, the Baltic Dry Index – known as the BDI, a key bellwether of global economic health – recently tanked, dropping from 2,300 at the end of last year to under 1,100 by early February. It couldn’t be happening again, could it? Was the global recovery set to stutter and fall in 2014?

Jeremy Penn, the calm and modest captain of the Baltic Exchange, is reassuringly composed over the plummeting index that his company oversees. “It requires a more elaborate interpretation than just saying ‘BDI up – world economy up, buy shares!’ Or ‘BDI down – world economy down, sell shares!’ I think it just requires a little bit more attention to what’s really going on,” Penn says, citing the Chinese New Year as a cyclical cause for a brief downturn.

The number has indeed bounced back somewhat, approaching 1,500 at the end of last week, yet is still leagues below its astonishing pre-crisis peaks of more than 11,500. Again though, Penn says this is nothing to worry about. “The very high rates we saw in 2007-08 prior to the collapse were driven in part by confidence in world economy, certainly – but also a shortage of tonnage. I mean there were just not enough ships,” he recalls, explaining that because there are a lot more ships these days, prices (and thus the index) are weighed down.

Penn, who describes himself as an Adam Smith-inspired free-trader, is upbeat about the world economy – and the role of shipping in boosting trade and ultimately alleviating poverty. “Shipping is the platform on which the World Trade Organization’s success is built. So China’s very rapid development is built on the ability to import better raw materials than they have domestically, at a reasonable cost, and then to export their manufactured materials,” he says.

“And you’re seeing  developments in Africa. More trade of cement going in, grain going in, other minerals being exported –  to the extent that people are now more optimistic about Africa than they have been for perhaps most of the last 30 years.”

Moreover, the role of finance in facilitating growth could be a key way to mend the sector’s somewhat tainted reputation. “What we’re involved in here – and it’s a great thing for London – is that marriage of the so-called ‘real economy’ and the financial economy. You’ve got ship-broking, that’s pretty real: arranging ships and cargoes, the sale and purchasing of ships, et cetera. Then there’s insurance, and London is by some distance the biggest and best market for hull and machinery insurance, which you can do over at Lloyd’s. The legal services which are based here are another important component, for example for dispute resolution,” says Penn, also adding that the freight derivatives market has become crucial for managing risk.

“All these things sound like they’re closer to the financial economy, but the reality is that they’re absolutely essential to the real economy as well, and I think it’s a signal of how much more there is in London than just a bit of banking with problems with Libor.”

And on that uncomfortable subject, Penn believes the Baltic Exchange’s benchmarks are setting an example of how scandal-hit equivalents should be reformed. “We were quite influential in the International Organisation of Securities Commission’s study on what a good benchmark is,” he says, arguing that their benchmarks have been robustly structured and free from conflicts of interest since long before the recent controversies.

While bulk shipping may seem old-fashioned, Penn views the industry as a poster child for an efficient, forward-looking and innovative economy that benefits tangibly from a healthy financial sector. Yet the chief exec is no Panglossian dreamer, as I discover when the conversation turns away from shipping – and onto the prospects for England’s cricket team at the Twenty20 World Cup.

“Both my kids are at university in Australia actually, and my son definitely supports Australia when it comes to cricket,” Penn says, shaking his head at the fresh memory of the winter’s horrific Ashes whitewash. “Yep. He’s pretty unbearable at the moment.”

■ Studied at Oxford and Harvard

■ Became head of the Baltic Exchange just over a decade ago, in 2003