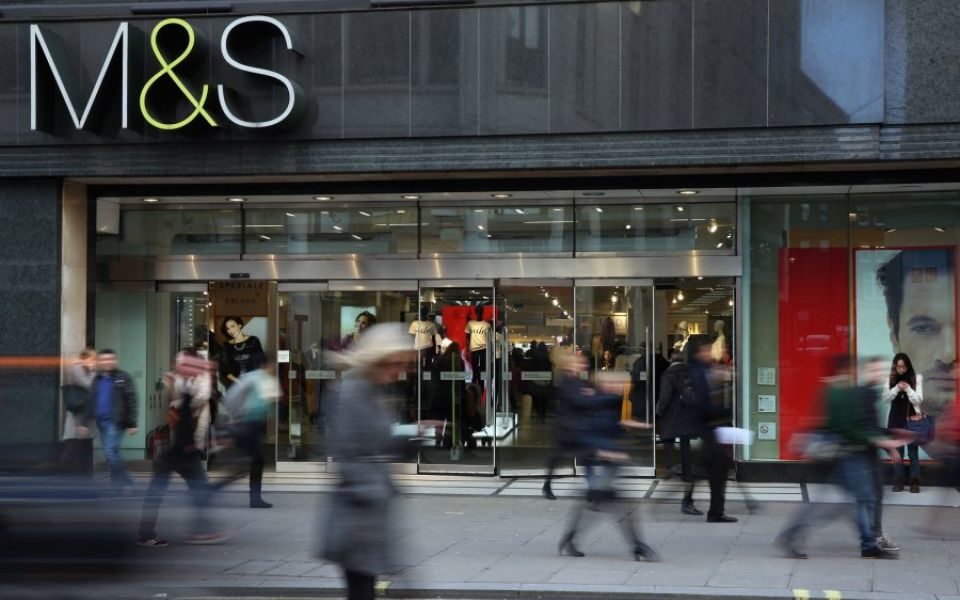 Sales slumped at Marks & Spencer over the key Christmas shopping period, the retailer said today, as analysts criticised its "outdated" business model for an over-reliance on high street shoppers.

Like-for-like UK sales fell by 2.2 per cent year on year in the three months to the end of December to hit £2.78bn.

Meanwhile, closing stores in failing overseas markets sent international sales down by 15.1 per cent to bring in £262m.

Shares dipped by 1.4 per cent in early morning trading.

The high street stalwart’s results arrived as the British Retail Consortium revealed that UK retailers suffered their worst Christmas in a decade.

M&S was no different, blaming a combination of falling consumer confidence, mild weather, Black Friday sales and rivals’ discounting for a challenging November.

The British retailer is currently rethinking its food and clothing offerings after analysts said its last set of results made for “grim reading” in November, when it revealed that store closures had weighed on its bottom line as revenue shrank.

“These results are worse than expected,” Lim said. “It's increasingly evident that Christmas is becoming an online event and these figures reaffirm the polarisation of shopping habits.

Read more: These are all the major retailers casualties of 2018

“Put simply, the retailer is burdened with too many stores, unsuitable space and … spiralling operating costs.

“Set against the backdrop of fragile consumer confidence, it's a difficult place to be.”

But the company pointed to “early encouraging signs” from shoppers responding to its ongoing reshape of its clothing proposition, shaping it around family demand for wardrobe essentials, as well as good progress in overhauling its food products.

M&S is also improving its online proposition, claiming it has helped it mitigate lower footfall to its stores.

Online clothing and home sales grew 14 per cent over the quarter compared to the same period last year, while womenswear digital growth surged, driven by dresses and knitwear.

Strong October performance meant the amount of stock entering the December sales fell by 25 per cent to hit its lowest level in five years.

Chief executive Steve Rowe said: “Against the backdrop of well publicised difficult market conditions our performance remained steady across the period. Our food business traded successfully over Christmas as customers responded to improved value. Our transformation programme remains on track.”