In December, Transport for London (TfL) revealed its updated Tube map for the Elizabeth Line once the Crossrail project wraps up.

But with phasing of the project occurring until the full line is open, certain parts will be in operation at various times before the full railway is in action in December 2019.

So, TfL has provided some handy maps to show what will be running at each stage of the process, after the first milestone saw the first Elizabeth Line train enter passenger service between the Liverpool Street main line and Shenfield in June.

Stage 4 May 2019: Elizabeth Line through services extend to Shenfield

And here's how it will look among the rest of the network: 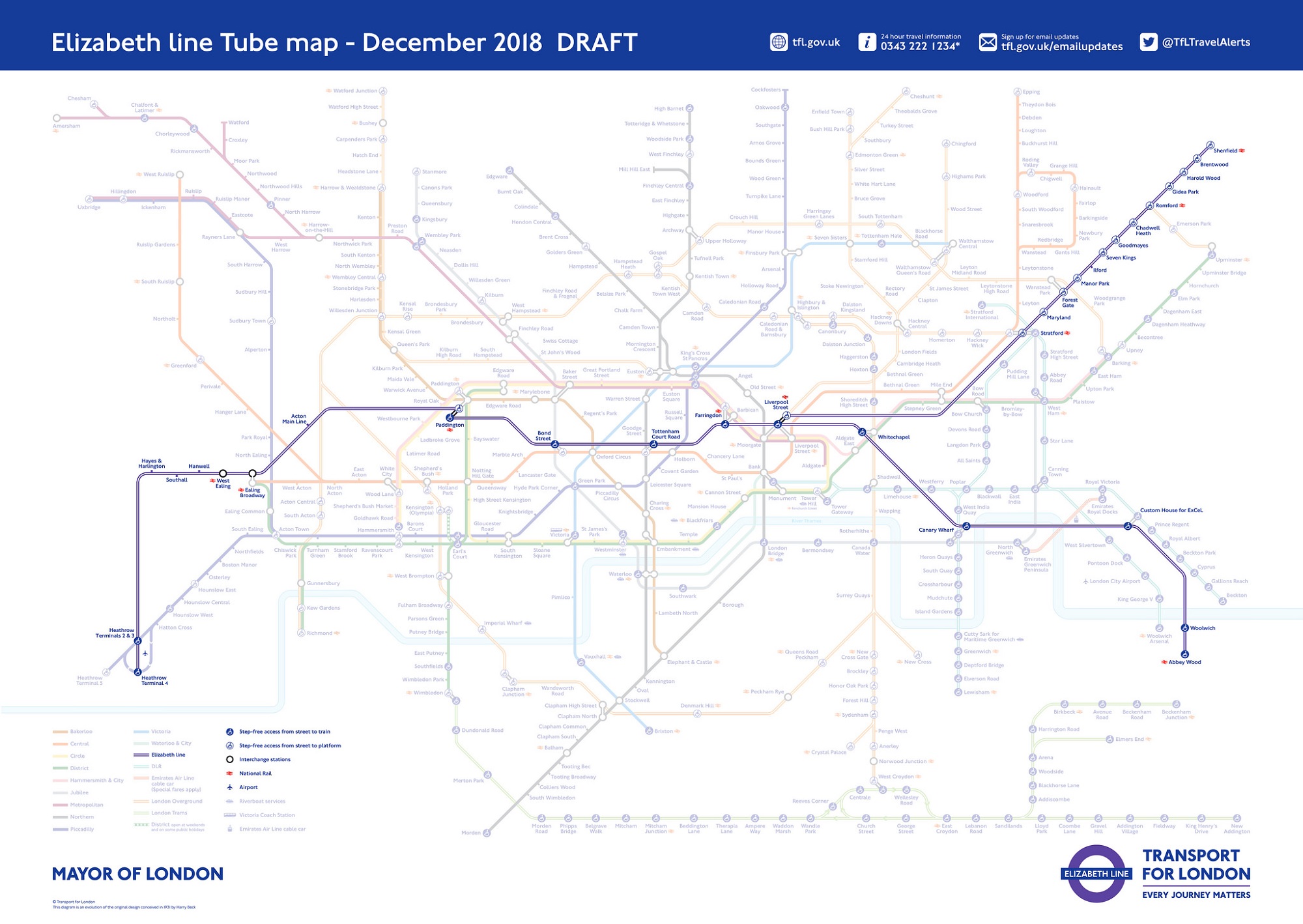 TfL says the £14.8bn project is on track to be delivered on time and within budget, though London's transport commissioner has said it faces "increasing cost and schedule pressures".

Issues have included Whitechapel station works being completed later than budgeted, as well as delayed works at Woolwich station.

The next big milestone of TfL Rail services starting between Paddington and Heathrow in May is also under pressure due to troubles with train software.

The railway is set to open from December 2018 in phases, and will then be known as the Elizabeth Line when the central tunnels under London are open.