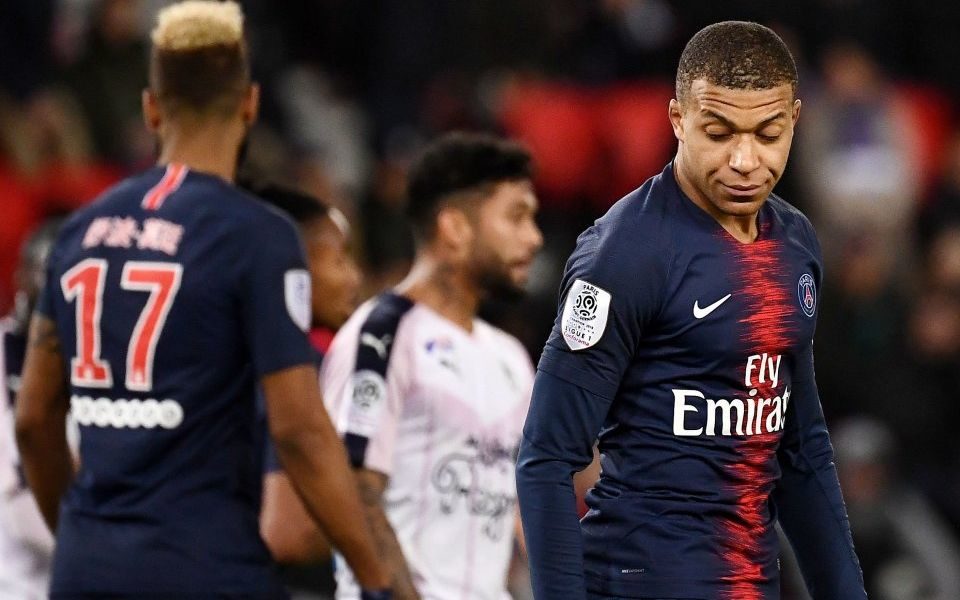 It’s crunch time for Paris Saint-Germain. With the Champions League knock-out stage about to begin February is the month which traditionally makes or breaks the French club’s season.

When PSG were drawn against Manchester United in the last 16 on 17 December they might have been quietly pleased with their lot. But the sacking of Jose Mourinho a day later and subsequent appointment of Ole Gunnar Solskjaer proved to be the turning point of their season; 10 wins and one draw in all competitions since means United are once again a force to be reckoned with.

While United are enjoying an upward curve under Solskjaer, PSG will arrive at Old Trafford tomorrow evening in the midst of a difficult spell.

A confluence of factors have combined at the most inopportune moment to leave manager Thomas Tuchel with several problems to solve. With his side in a typically strong position in Ligue 1 – well on their way to winning a sixth title in seven seasons with a 10-point buffer and two games in hand – everything once again comes down to the Champions League.

Not the best time then for an injury crisis. Star man Neymar is sidelined until mid-April with a foot injury, top-scorer Edinson Cavani is out with a hip problem and full-back Thomas Meunier has concussion.

Elsewhere there are question marks over the fitness of midfielder Marco Verratti, who returned on Saturday following an ankle injury, while Adrien Rabiot has not played since 11 December due to a contractual disagreement.

The absence of goalscorer, driving force and team icon Neymar at this crucial juncture – the fifth year in succession that he’s been unavailable at this stage of the season either through injury or suspension – has coincided with a dip in form for his side.

PSG’s unconvincing 1-0 win over Bordeaux on Saturday was preceded by a French Cup victory over third tier team Villefranche which required extra-time and a first league defeat of the season against Lyon on 3 February. It’s a worrying wobble and Tuchel has decisions to make if PSG are to halt United’s charge.

“Without Neymar and Cavani, and possibly without Veratti, we have to take out our Plan D,” the German said after beating Bordeaux. “If two or three key players aren’t there it’s our responsibility to find solutions. On Tuesday, we will be ready.”

Plan D could see centre-back Marquinhos or experienced right-back Dani Alves deployed in midfield, while Leandro Paredes could make his first start for the club following a January arrival from Zenit Saint Petersburg.

Veteran goalkeeper Gianluigi Buffon lost three Champions League finals at previous club Juventus and with his PSG contract expiring this summer he is worried United could scupper his final chance of glory.

“We have to improve mentally and in our attitude, to have more of a spirit of sacrifice for the team,” the 41-year-old said bluntly at the weekend. “On Tuesday we have a very important match and we will have to do better.”

With no Neymar and no Cavani all eyes are on Kylian Mbappe. The forward may be just 20 years old but his ascent has been so rapid that it’s unlikely he’ll be overawed by the task. The World Cup winner is Ligue 1’s top scorer with 18 goals in just 17 appearances this season, while he has managed three goals and four assists in the Champions League.

He will be flanked by Julian Draxler and former United attacker Angel Di Maria, who is enjoying good form and will have a point to prove in Manchester where he struggled to live up to his £60m transfer fee in 2014-15.

There are plenty of reasons why PSG face a tough test tomorrow, but with Qatar Sports Investments having spent over £1bn since their takeover in 2011 Tuchel knows there are no excuses. If he can come away from Old Trafford with a positive result his side may be in better shape for the second leg at the Parc des Princes on 6 March.

But having failed to make it past the quarter-finals in the last six seasons patience might be starting to wear thin. PSG have suffered defeats by Real Madrid and Barcelona in the last 16 for the past two campaigns, both of which were painful for different reasons.

Madrid’s 5-2 aggregate win last year was defined by the absence of Neymar – the man who had engineered a remarkable last-gasp 6-5 comeback win at the same stage for Barcelona the previous year, despite PSG’s thumping 4-0 victory in the first leg.

Former manager Laurent Blanc summed up the club’s situation nicely this week. “Every year you think: ‘Is this Paris’s year?’ But all these other big clubs – Real, Barcelona, Juventus, United – think the same and they have been there, they have the experience,” he told the Times. “Paris need to be 100 per cent but it never seems to happen.”

PSG will hope United don’t prove to be this year’s stumbling block.