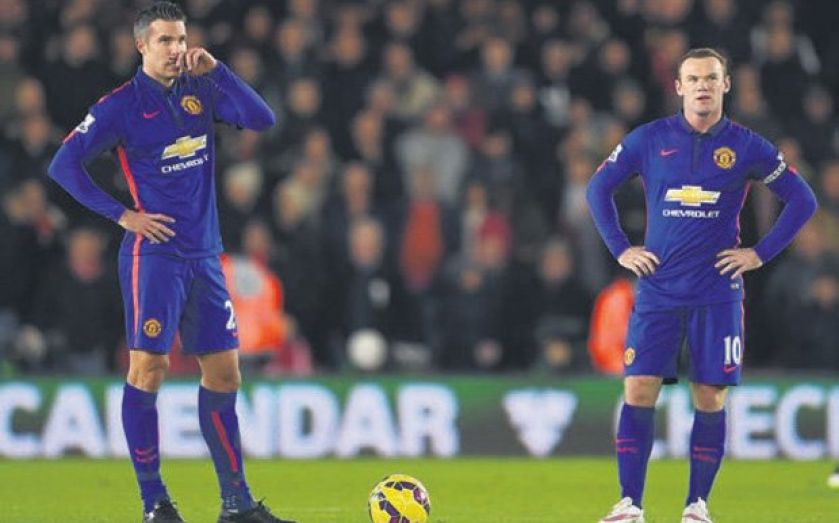 BOOKMAKERS have missed a trick by not offering odds on both teams losing in Sunday’s clash between Manchester United and Liverpool at Old Trafford.

The pair have been a shadow of their former selves for much of this season and, perhaps an even bigger surprise than seeing Southampton fighting for a Champions League spot after a brilliant start, is that United find themselves in third.

In fairness, Louis van Gaal has seen his debut season blighted by a huge injury list. His men have rattled off five straight wins, despite those problems, but that only tells half the story.

All but one of those victories was by a one-goal margin and they were very fortunate to beat a dominant Arsenal at the Emirates. They also rode their luck to escape from St Mary’s on Monday with a victory over a Saints team that squandered numerous chances and conceded two soft goals.

Playing badly and winning games is the sign of champions, so they say, and while bridging the current eight-point gap to Chelsea at the head of the table looks hugely unlikely, United’s sights are firmly fixed on regaining Champions League football.

The visit of the Liverpool side that tore apart defences last term would be cause for concern for the hosts. But this year’s team, sitting in lowly ninth, is shambolic.

Without Luis Suarez and the injured Daniel Sturridge they have struggled for goals. Their haul of 19 is better than just one side above them and they have been equally poor in defence, conceding the same amount – the worst record in the top nine.

They have lost six league games already and warmed up for this clash with a limp display to FC Basel. The demoralising 1-1 draw knocked them out of Europe’s elite competition.

Liverpool did the double over United last year, including a stylish 3-0 win in Manchester, having previously lost five in a row there, all by a single goal. But United can nick this.

As we’ve seen, Steven Gerrard is a waning force and the £100 million of new talent at Anfield is yet to make an impact.

In contrast, Robin van Persie is hitting form and Wayne Rooney has been brilliant for the last couple of months.

The pair will be too hot to handle for a leaky backline marshalled by Simon Mignolet, who’s had a horror campaign. United’s supremacy is trading at 0.7-0.9 with Sporting Index.

Only the Merseyside derby has seen more red cards in Premier League history than this fixture. As a result, total bookings points are worth a buy at 64 with Sporting Index (10pts per yellow, 25pts for a red).

The same firm has Liverpool’s total goals in the match trading at 1-1.2. That looks a value sell, as they have failed to score more than one in their last six league games.

And even with well-documented defensive issues, the home team have conceded two goals just once in their last 10 matches.