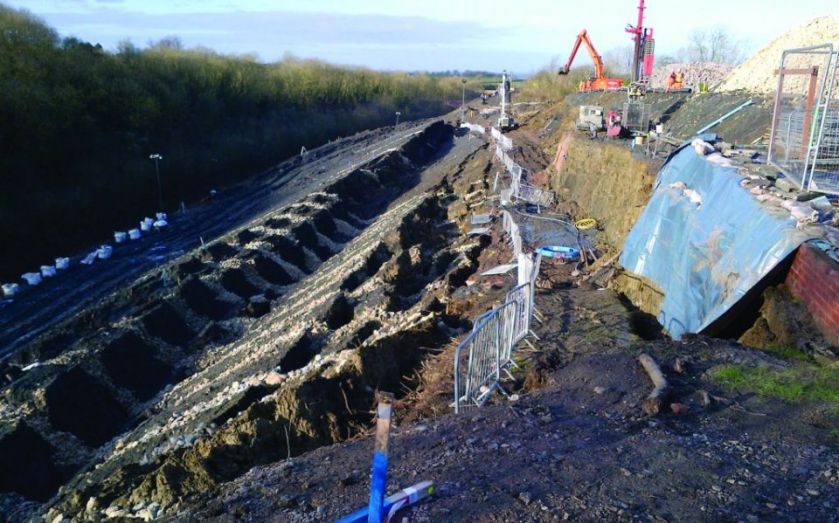 The incident, which occurred at 3pm on Saturday in the Harbury area, deposited mud and rock onto the line. Around 350,000 tonnes of material now needs to be removed.

Passengers will face disruption on services until at least 9 February while engineers assess and repair the damage, Network Rail said.

No trains will run directly between London and Birmingham on the line this week. Replacement buses will run between Banbury and Leamington, adding an additional 90 minutes to journeys.

The steep embankment at the Harbury point of the route has been a perennial problem for Network Rail, with a similar landslip occurring last February

The embankment, carved by Isambard Kingdom Brunel, was originally intended to be built as a tunnel.

Chiltern Railways, the train operator on the route, said it expects engineers will be forced to move 20,000 lorry loads of earth from the site, to avoid it being disrupted in future. Tickets for travel between London and west Midlands are being accepted on other services.