Made in Britain: The entrepreneur helping UK firms realise their exporting ambitions in Asia 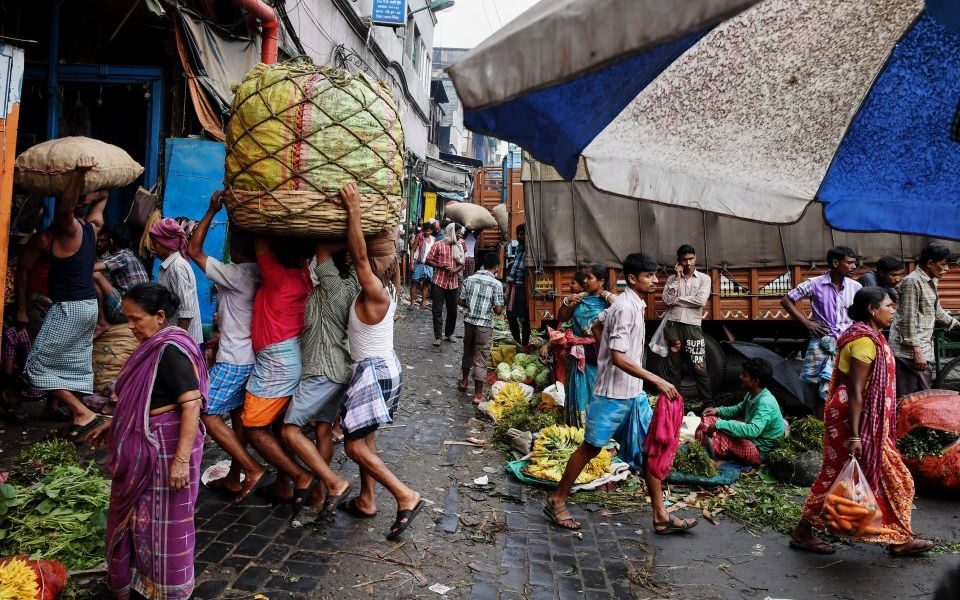 I am at the National Liberal Club in London. Everything about this place – from the smoking room to the 1915 portrait of Winston Churchill – screams old-world British at me.

And there’s nothing coincidental about Siddharth Shankar’s choice of meeting place.

Surrounded by empty chesterfield sofas, Shankar seems to be in his element – for here’s a man who revels in an appreciation of quality British goods. And it’s partly for this reason that his business exists at all.

It’s a concept that fits neatly into the government’s pledge for a “Global Britain”, answering the call for British businesses to look beyond the EU after Brexit.

And yet, Shankar – who studied at Strathclyde Business School in Scotland – says that while Brexit was the catalyst for building the business, it wasn’t the underlying cause.

“Brexit has given us the motivation to do it. It’s not an exporting vacuum because of Brexit, it’s been a vacuum forever. We need to look after these brands while they are worried about what’s going to happen.”

While suggestions that business should look beyond the EU seem good in theory, it’s painstakingly difficult to implement in practice, particularly for smaller firms which tend to have limited resources and an aversion to risk.

Tails Trading aims to alleviate these problems by purchasing the products from the SMEs outright, before marketing the goods to retailers in Asia at no extra cost.

“We offer them underwriting by buying the products off them in the UK. SMEs love the upfront payment because it keeps their cash-flow safe, and the money helps them expand and become a bigger company with better sales. It also has a huge commercial impact in Asia where the love for British quality goods is well established.”

Asia represents a staggering 60 per cent of the global population, and its rapidly emerging middle class means that the opportunity for exporting businesses is vast. And yet the markets have a reputation for being impenetrable to outsiders.

“India and China are restricted economies, so they favour nationals importing items,” says Mumbai-born Shankar. He tells me that a foreign company’s items can be held at the docks for eight weeks, whereas a national firm is looking at less than two weeks.

The preference for national businesses also makes it difficult for foreign firms to compete on cost. Again, the premise of Shankar’s company is to make it cheaper for British firms to enter these markets – simply through economies of scale.

“We export everything from boots to boats, which helps us to cross-sell within the portfolio. And because we are in multiple industries, it allows us to have a better negotiating chip when it comes to importers; if we have a bigger offering, this reduces the price in terms of logistics.”

But of course, none of the 50 markets within Asia are the same, and Shankar says the trick is to be flexible, and to try to understand other cultures and how they do business.

India alone is vast, and the Tails boss describes it as more of a continent when you talk about cultures – which is something he understands having moved to New Delhi from Mumbai when he was growing up.

“It was a completely different culture and way of doing business. That was when I realised I needed to adapt.”

When I ask how Tails makes money, Shankar tells me that the supply and value chains include the margins as well. “That said, given the marketing budgets, our break-even points are upwards of six or seven years for each business, so we have no profit coming in until then.”

And while Tails Trading is still very young, Shankar is clearly in it for the long haul, expecting to work with brands for 25 years. “We can’t launch them in 50 countries in one year, so it’s a very long-term thing. It follows more of a strategy. So at the moment, we’re looking at launching sportswear into the Japanese market in time for the 2020 Olympics because that will drive up the sales.”

Of course, every product has to be branded and promoted differently. “We have offices in all of our target markets, and we have local talent to help us with the local linguistics and business practices. That said, we don’t want to change too much about the brand, because there’s a story there – which is the reason we got them on board in the first place.”

Tails Trading, which has a board of former executives from global companies like Coca-Cola, Goldman Sachs, and Barclays, has partnered with 250 brands in less than two years – a sign of the demand for exporting expertise.

Now and again I have to ask Shankar to clarify certain technical terms or acronyms, and at one point he acknowledges his use of financial jargon, joking “I’m trying to kill the banker in me”.

But he admits that his career as an investment banker has been useful to his business now.

“When you underwrite the risk of others, you’re basically adding onto your own risk. We needed to figure out how we were going to offset that, which we did by setting up multiple subsidiaries – companies that are based abroad with local accounts that are responsible for their own profit and loss. That takes some of the stress away from the UK company.”

Essentially, Tails is about investing – Shankar is certainly familiar with managing the risk that is inherent to trading foreign currencies.

“Because they fluctuate, all the currencies need to be hedged, so we use a lot of secure tie-ups, partnerships, and banking channels.”

While government organisations like the Department for International Trade are in place to help companies export their goods overseas, Shankar says their bureaucratic procedures can be too slow for many SMEs. “There’s also no hand-holding facility; these organisations can take you to the market and give you a discount, but the risk is yours.”

It’s clear that if the government wants the UK to broaden its horizon outside of Europe, SMEs are going to need some help. Perhaps companies like Tails Trading could be integral to making a success of Brexit.