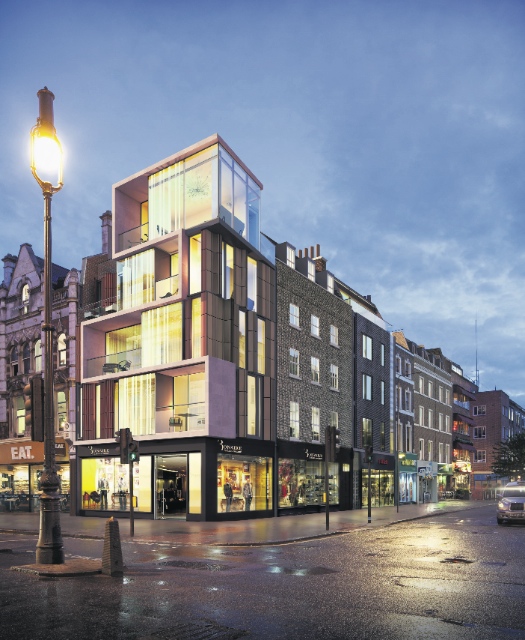 Tucked away on a corner off of Tottenham Court Road, sits a jumble of mismatched buildings. One of them is the epitome of modern urban living – all dark brick boxes and sharp angles – while its neighbours sport austere Georgian facades and regal ribbons of Portland stone.

Originally, these were six individual plots, including four terraced buildings, that evolved separately over two centuries. The upper building of numbers 5-7 were actually a void in the street scene for almost 70 years as it suffered severe bomb damage during the Second World War.

That’s until Dukelease Properties acquired the site in 2009, right after the financial crash. “When we bought it, we didn’t have the expectation that came with having Crossrail around the corner. 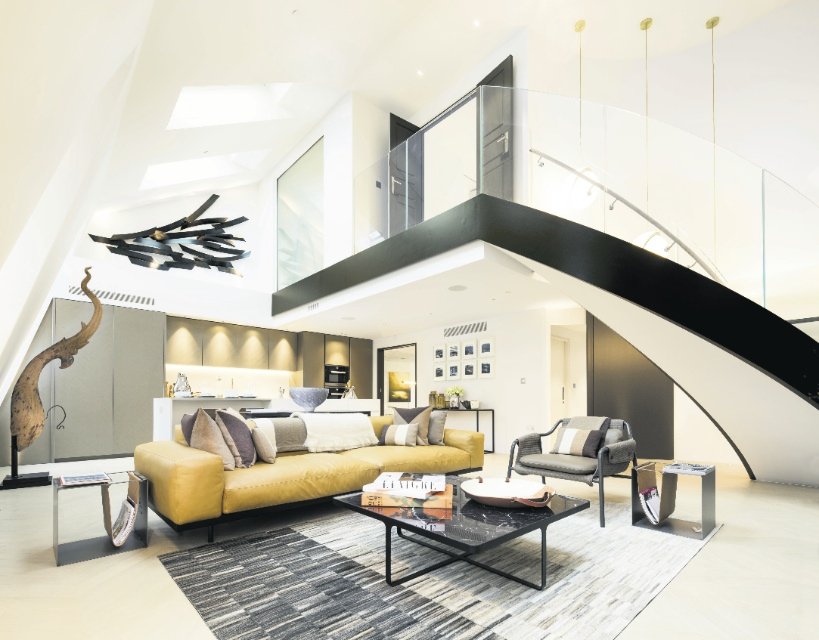 A show duplex penthouse, showing off

We wanted to smarten the architecture and we were trying to get people back into urban living and central London property,” says Richard Leslie, Dukelease’s CEO. The market hardly needs convincing anymore, and the 13 individually-designed apartments will go on sale next month.

They’ve also been re-Christened Artisan in homage history of furniture-making, and the architecture and interiors have been designed by Rolfe Judd. The one and two bedroom apartments and two and three bedroom penthouses are connected across five buildings, which have been restored or rebuilt (“about 85 per cent” is new build, according to Leslie).

Unusually for a mixed-use scheme, the retailers have arrived before the residents, as Oliver Bonas and Eat have already started trading, and Black Sheep coffee is due to move in this year.