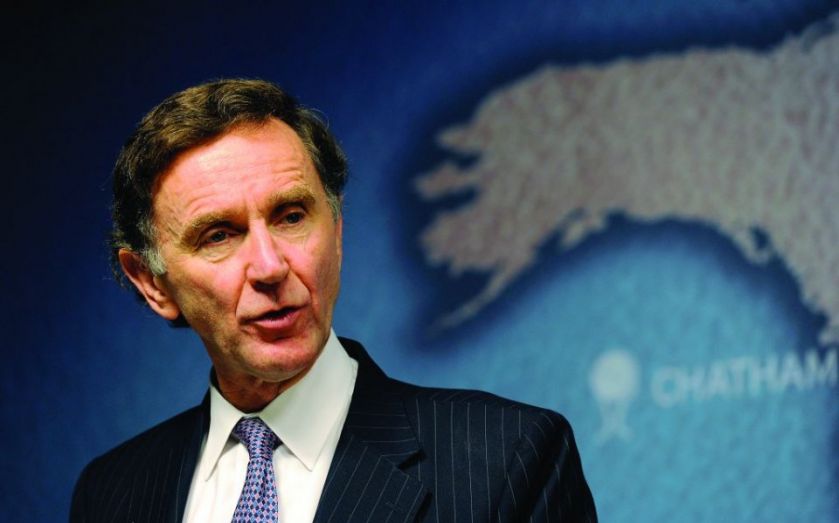 The bank said it now refuses to work with anyone it suspects of dodging taxes, but the focus has fallen on Green’s time as chief executive and then chairman from 2006 to 2010.
Lord Green went to ground yesterday, giving no comment.
But David Cameron was forced to defend his decision in 2010 to appoint Green as a Conservative peer and trade minister – several months after HM Revenue and Customs was told about the evasion.
“Stephen Green was an excellent trade minister, he did a good job, but I would also add that no government has done more than this one to crack down on tax evasion and regressive tax avoidance,” the Prime Minister told Sky News.
“I put it absolutely at the head of my G8 agenda to make sure there’s more tax transparency, the big companies pay their taxes properly and that we raise money from people previously evading and avoiding taxes and we will go on doing that as a government.”
Shadow chancellor Ed Balls said the government should have been tougher on the bank from the moment it knew about the scale of the evasion via its Swiss private banking arm.
“Ministers should have taken the view that what we needed was public action to prevent this from occurring again….in a case like this there needed to be a public demonstration that the UK is not going to put up with this kind of activity,” Balls told City A.M.
“We need the City and the professional service sector to be seen to be working with tough standards and to tough regulations. Some people might say this attitude is anti-business but I want the industry to succeed in the future.” So far HMRC has focused on recouping taxes owed by clients of HSBC’s unit in Switzerland, bringing in £135m across more than 1,000 cases. However, only one individual has faced prosecution to date.
But now the Crown Prosecution Service is asking for more information and HMRC is working with the French authorities to identify more criminal behaviour. This is expected to include an investigation into possible money-laundering.
HSBC said it has slashed its client base by almost 70 per cent since 2007 in the Swiss private bank, and will refuse to work with anyone suspected of using accounts to dodge taxes.
“In the past, the Swiss private banking industry operated very differently to the way it does today,” the bank said. “Private banks, including HSBC’s Swiss private bank, assumed that responsibility for payment of taxes rested with individual clients, rather than the institutions that banked them.”
“We have taken significant steps over the past several years to implement reforms and exit clients who did not meet strict new HSBC standards.”
HSBC shares fell 1.64 per cent after the publication of the tax information, which was leaked to a collaboration of news outlets including The Guardian, Le Monde, the BBC and the International Consortium of Investigative Journalists.
Share:
Tags: Company HSBC Holdings