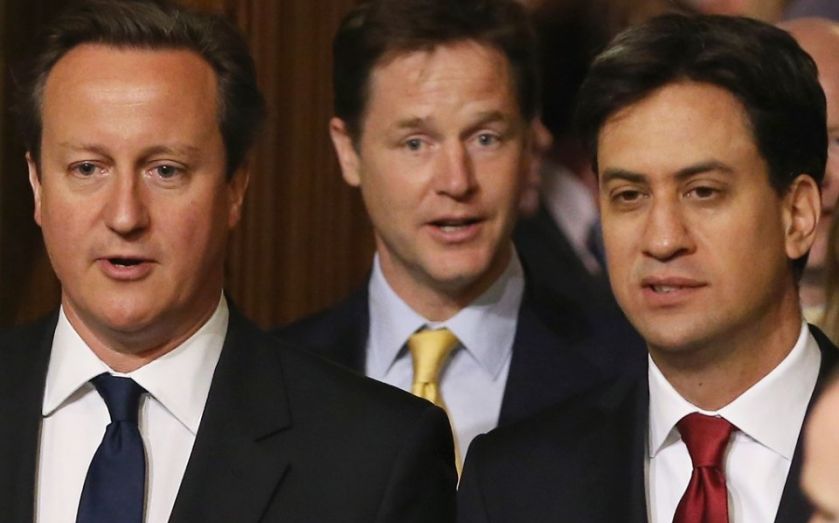 Lord Ashcroft has released his latest round of polls of marginal constituencies that could signal the winner of this year's general election. In total, Lord Ashcroft polled four Conservative-Labour marginals and eight Scottish seats.

In two of the marginals, Labour was ahead by one point. In the Colne Valley the Tories were up by one point while in the Vale of Glamorgan the Conservatives commanded a six point lead. Of the 59 Conservative held seats in which Labour is the main opponent that Lord Ashcroft  has polled, Labour and the Conservatives would both win 272 seats each, well short of a working majority.

In the Tories' only Scottish seat they are neck and neck with the SNP. Former Lib Dem leader Charles Kennedy would lose his seat in Ross Skye if today's polls played out on election day. Gordon Brown's seat of Kirkcaldy and Cowdenbeath would also go to the SNP.  In total, 56 of Scotland's 59 seats would return SNP MPs to Westminster. Labour would shed 36 seats in Scotland.

As well as polling the marginal constituencies Lord Ashcroft polled 8,000 people on a host of other questions. Reflecting the improving state of the economy, more voters than not believe things will "improve significantly" in the next year or two, 51 per cent to 49 per cent. However, 40 per cent said they feeling the benefits of the recovery.

The Tories have taken heart from the last two national polls showing them leading the Labour party by three points. Yesterday's YougGov poll for the Sun showed the Conservatives on 35 per cent to Labour's 32 per cent while Lord Ashcroft's weekly national poll put the Tories on 34 per cent and Labour on 31 per cent.

David Cameron retains a significant lead over Ed Miliband in the approval ratings. The Prime Minister enjoys a satisfaction rating of 62 per cent while Ed Miliband trails on 32 per cent., according to the Ashcroft poll. Speaking to an audience event revealing his poll Lord Ashcroft said "David Cameron needs to weaponise himself".

The Conservative party's focus on the economy was on display again this week with the release of a new poster made by legendary ad agency M&C Saatchi. The poster warned voters not to let Labour ruin the economic recovery.