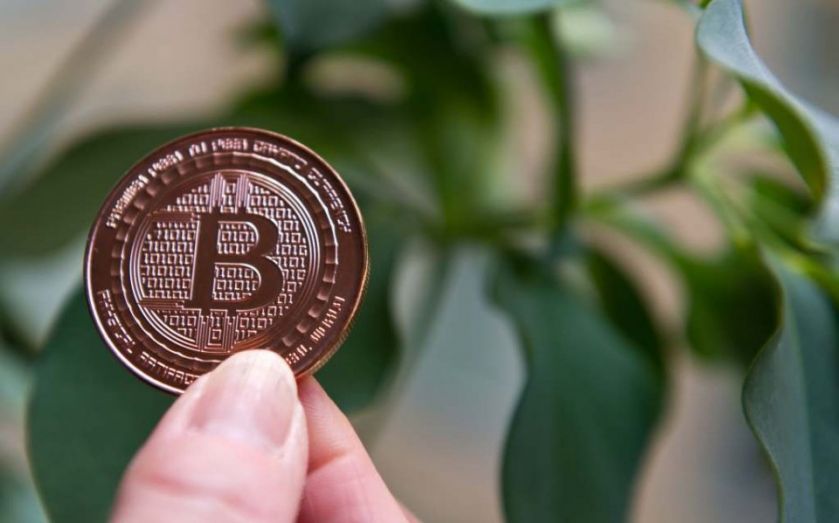 London is fast becoming a global hub for development of innovations using digital currency Bitcoin. City institutions including the Bank of England, Barclays, UBS and Goldman Sachs are all looking into the potential for using Bitcoin to speed up processes in traditional finance.

Bitcoin is a digital currency which is bought online and then either used for web transactions or held as a store of value. One of the unique aspects of the currency is that every transaction is recorded on a vast spreadsheet stored in the cloud and known as the “blockchain”.
Users’ identities are hidden on the blockchain, but a unique identifier prevents a Bitcoin from being spent more than once.
It is this technology which banks believe could be used for cheaper and faster money transfers, as well as clearing and settlements of trades, which are presently slowed down by legacy systems at the banks.
It is hoped that using a decentralised ledger to record transactions could remove the requirement for a central clearing authority.

A report released this month, co-authored by Santander, estimates that blockchain technology could reduce banks’ infrastructure costs related to cross-border payments, securities trading and regulatory compliance by $20bn (£12.7bn) a year up to 2022.
“George Osborne has been among the most vigorous champions for making London a hub for the new technology,” says Nathaniel Popper, author of new book Digital Gold. The chancellor earmarked £10m for investment into Bitcoin research during the last Budget.
The plans are testament to Bitcoin’s strength, as its architecture is considered so brilliant all the big players want to use it. But it’s ironic too – “Bitcoin is becoming integrated with the very thing that it was trying to circumvent,” explains Popper.

One of the biggest impediments to Bitcoin’s growth is that it is too volatile to be used for its original purpose as a digital currency. It is struggling with a chicken and egg conundrum; greater takeup of Bitcoin will only happen when it becomes less volatile, but lower volatility depends on it being more widely used.  To some, this means Bitcoin’s future lies in other areas.
Bitcoin’s early developers hoped to create a kind of monetary utopia, through a currency that has no affiliation to a central bank. It is also anti-inflationary, as a finite number of Bitcoins will be created. Its creator, an anonymous genius who goes by the name of Satoshi Nakamoto, launched the currency three months after the fall of Lehman Brothers. Hidden in the code was a reference to a newspaper headline announcing the UK was on the brink of a second bank bailout. This was a pivotal moment in monetary history, and reflect how Bitcoin's creator had a social – even political – motivation in creating the currency.
“There was a sense that if you change the way money works you can change power structures. You take power from [central banks] and give it to the people who use the currency,” Popper explains.
In a way, Bitcoin has become “the exact opposite of what its founders wanted it to be”, he adds. “That’s what makes it so interesting ­– there is a battle between idealism and reality.”
In the meantime, Bitcoin is slowly becoming less volatile, with price spikes less frequent and severe – which bodes well for the digital currency’s future.