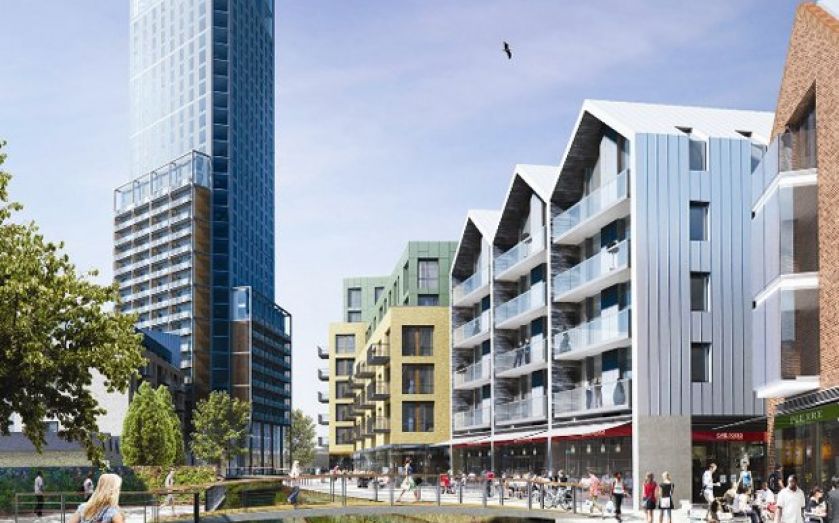 CHINESE state-owned Greenland Group has made its first foray into the UK market with a £1.2bn swoop on two major London developments – which could see it build the tallest skyscraper in Canary Wharf.

The property giant yesterday signed a deal to buy developer Minerva’s Ram Brewery, a historic seven acre site in Wandsworth claimed to be the UK’s oldest working brewery until it closed in 2006.

It also said it is investing £600m on a 98,000 square metre site in Canary Wharf, where it is understood it plans to build one of the UK’s tallest residential buildings.

Speaking on radio station LBC yesterday morning London Mayor Boris Johnson said Greenland was going to build a skyscraper taller than One Canada Square, although his spokesperson was later unable to confirm this.

Greenland president and chairman Zhang Yuliang, who flew to London for the signing of the Ram Brewery deal, said : “London is the global financial centre as well as the most open and diversified city that enjoys the most mature economic development, making it the first option for our investment in Europe.”

The brewery site has outline planning consent for 661 new homes, including a 36-storey tower providing 166 flats and 9,500 square metres of space for new shops and restaurants.

The pair did not disclose the purchase price but Greenland expects  to spend a total of £600m on buying and developing the project.

Johnson, said: “My team and I banged the drum for London at meetings with Zhang in China last year, and he is thrilled at his confidence in the capital.”

He added: “It is further evidence of the colossal appetite of Chinese developers to invest in the capital; and the Mayor was also delighted to learn in a meeting with Mr Zhang this week of his ambition to invest in a new building in Canary Wharf.”

Greenland’s investment comes hot on the heels of other Chinese companies like Dalian Wanda Group, who announced plans last year  to invest £700m in developing a five-star luxury hotel on the South Bank.

In May  Chinese firm ABP signed a £1bn deal with the Mayor to create a new business park at east London’s Royal Docks site in what could become a base for Chinese firms wanting to expand in the UK.

According to research by Colliers International, Chinese investment in the UK is forecast to triple this year from £1bn last year to between £3bn and £4bn.

GREENLAND, which was founded in 1992 , is one of China’s largest state-owned enterprises with over  600m square feet of commercial and residential projects currently under construction in 60 cities throughout China, as well as South Korea, Thailand, Australia and the US.

It has developed some of the tallest buildings in China, including a 606-metre skyscraper in the city of Wuhan, known as the Wuhan “Greenland Center”, which is expected to be China’s third tallest building when it is completed in about 2016.

Greenland splashed out on major development in the US and Australia last year, two of the UK’s main competitors for investment. In Australia the company teamed up with Brookfield last May to help complete a 70-storey residential building in Sydney.

In the US ,the group spent over $5bn buying a 70 per cent stake in New York’s Atlantic Yards, a residential-led development, in the biggest deal of its kind by a Chinese company in the country.

It has now turned to Europe and yesterday Greenland’s president and chairman Yuliang Zhang said London’s diversity, openness and status as a global financial centre made it “the first option for investing into Europe”.