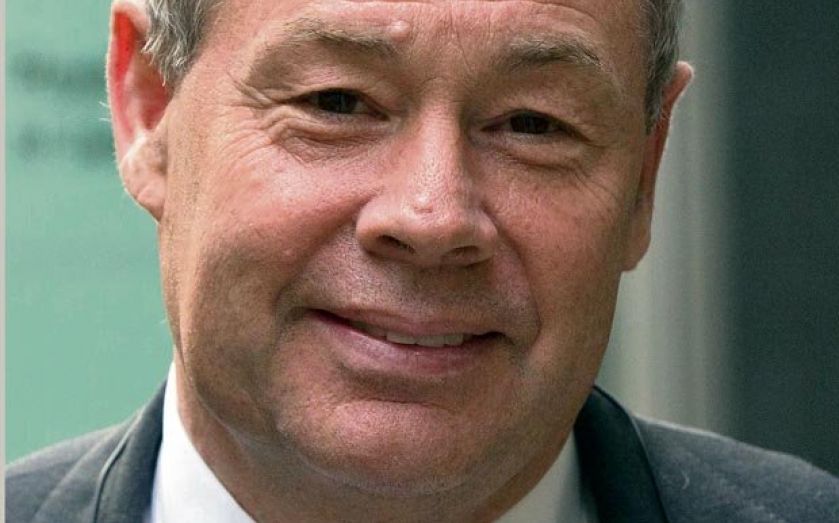 Hannam believed the emails were too vague to count as insider information, and were widely seen to have been sent as a standard part of his job.

But then-regulator the Financial Ser­vices Authority (FSA) disagreed, and used the case the illustrate to market participants where the boundaries of the law lay.

Hannam stood down from his position as global chairman of equity capital markets in April 2012 to fight the fine when it was initially levied.

After a lengthy court battle, he lost the case at the Upper Tribunal.

The FCA’s enforcement boss Tracey McDermott said the case “should leave market participants in no doubt that casual and uncontrolled distribution of inside information is not acceptable,” and she urged other bankers to study the result.

Hannam is still allowed to operate in the City and has not been accused of acting maliciously.

“I am pleased and gratified that, despite the differences in view be­tween us, at no stage, has the FCA ever challenged my honesty and integrity or questioned my belief that I was acting in the interests of my client at the time, Heritage Oil and Gas,” he said in a statement yesterday.

“I am pleased also that at no stage has the FCA ever suggested that I was not a fit and proper person to cont­inue to operate in the financial markets and that my regulatory approvals remain in place.”

At the peak of his career, Ian Hannam was one of the City’s most prolific and successful dealmakers.

The King of Mining was his nickname, though he worked on deals well beyond his specialist sector.

That success nearly took him to the top of the banking tree, when he narrowly missed out on heading JP Morgan’s operations across the UK.

Even when rumours were swirling that he was facing scrutiny from the then-Financial Services Authority, Hannam was given jobs advising on giant deals such as the Glencore-Xstrata merger.

The depth of the respect that deal earned him was firmly on display when his fine was first announced – Hannam was immediately backed by Xstrata’s then-boss Mick Davis, who called him “a great credit to his profession”.

He left the job at JP Morgan in dramatic style, pledging to fight allegations that he had wrongly disclosed confidential information to Iraqi Kurdistan’s oil minister, but to no avail.

Since then, Hannam has built up Strand Partners, a corporate financial advisory business, which has been stocked with bankers including some ex-colleagues from JP Morgan. He chairs the group, with JP Morgan veteran Neil Passmore as CEO.

There he has participated in a number of big natural resources deal and when FirstGroup, the transport company, was having trouble getting its rights issue away, it was Hannam its then chairman Martin Gilbert turned to for help and firepower.

He began his career in a different world from the City, growing up in a working class area of south London, the son of a council worker, and joining the Territorial Special Air Service aged 17.

He later went to London Business School and joined Salomon Brothers, working on the flotation of Mirror Group newspapers and launching a stellar career off the back of his prodigious talents as a salesman.

The past couple of years have been difficult for this inveterate dealmaker with the FCA case hanging over him. But he has maintained a high profile, dining with many of London’s top financial commentators who could not get too much of his wisdom on the whys and wherefores of major City deals. Aside from an unexpected occurrence, Hannam will be here for some time to come.

KEY QUOTES AFTER THE CASE

This has been a long and complex case, but the Tribunal’s substantial judgment is a landmark.

It should leave market participants in no doubt that casual and uncontrolled distribution of inside information is not acceptable in today’s markets.

Controlling the flow of inside information is a key way of preventing market abuse and we would urge all market participants to pay close attention to the judgment.
THE FCA’S TRACEY MCDERMOTT ON THE VERDICT

I am pleased and gratified that, despite the differences in view between us, at no stage, has the FCA ever challenged my honesty and integrity or questioned my belief that I was acting in the interests of my client at the time, Heritage.
HANNAM ON HIS GOOD NAME AND FUTURE CAREER

I hope that, to this extent, my original referral of the matter to the Tribunal will benefit others who work in this environment, by ensuring that they, too, are now able better to understand the scope and effect of the relevant rules.
HANNAM ON THE  INSIDER DEALING RULES