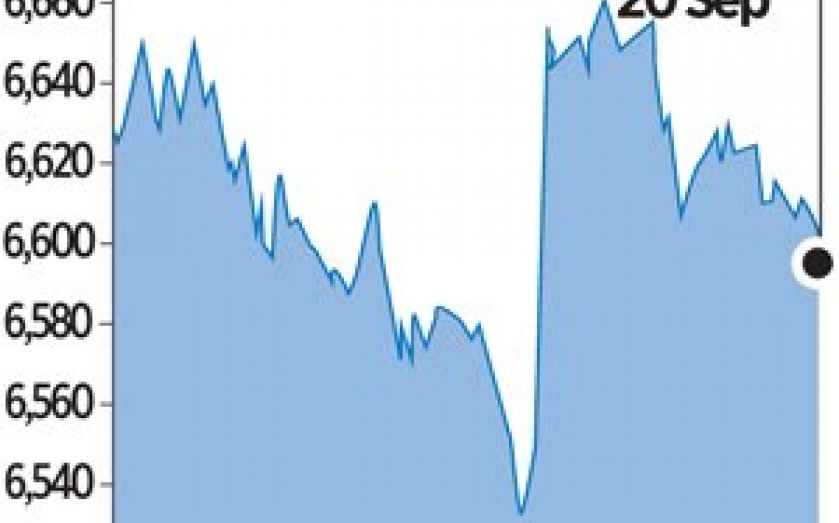 HOUSE price data set to be released this week is likely to show a strong month-on-month rise for September, pushing the annual increase to a three-year high.

The boost, shown in Nationwide data, reflects stronger consumer confidence and a higher employment rate, but is also likely to highlight the dangers of a possible house price “bubble”.

“We forecast house price data to be released during the week by the Nationwide to show that house prices rose by 0.5 per cent month-on-month in September,” said Howard Archer, of IHS Global Insight. “This would push the year-on-year increase in house prices up to 4.4 per cent in September from 3.5 per cent in August which would be the strongest annual rise since July 2010.”

GDP growth in the second quarter is expected to be confirmed this week at 0.7 per cent quarter-on-quarter, although analysts predict it may be pushed up slightly by higher construction output and industrial production than previously reported.

Meanwhile the September CBI distributive trades survey, due out on Wednesday, is predicted to show strong retail sales, despite a 0.9 per cent fall in retail sales volumes in August.

Details of the UK’s current account deficit are due to be released on Thursday. Analysts predict it will narrow to around £12.5bn in the second quarter after widening to £14.5bn in the first quarter of 2013.

Harvey Nash, Filtronic and ICAP will update the market on Friday.