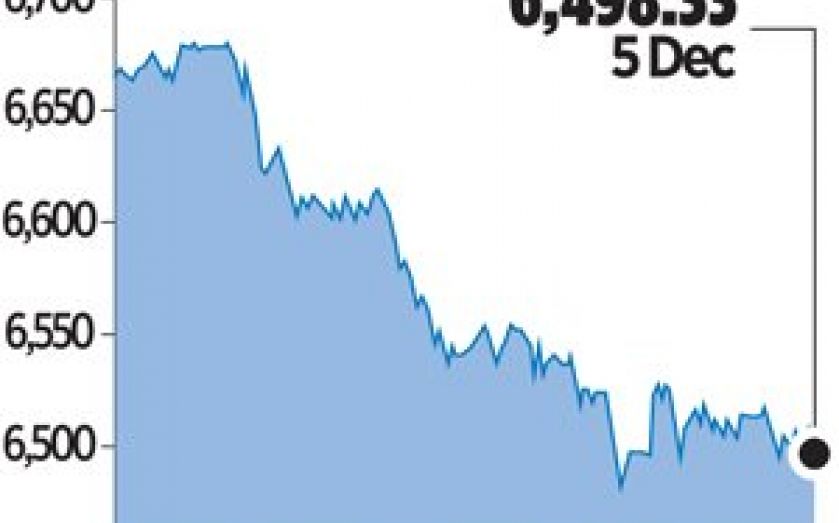 The US economy grew faster than initially estimated in the third quarter, data showed, encouraging bets that unemployment and non-farm payrolls data due to be published today could also beat expectations.

While stronger global growth is generally good for corporate profits, it may lead Fed chairman Ben Bernanke to advance cuts to the bank’s bond purchase programme, which has driven investors out of lower-yielding bonds into equities and has helped the FTSE rise 15 per cent since it was announced.

The FTSE has sunk nearly five per cent from October’s peak of 6,819, as robust data re-ignited speculation that the Fed could start reducing its quantitative easing (QE) programme before the end of the year.

“We’re not through the ‘good news is bad news’ phase quite yet – and I suppose if we get a strong payroll number tomorrow, then the talk about the tapering [being announced at the December meeting] will be back on the table again,” said Ian Williams, a strategist at Peel Hunt.

Chancellor George Osborne said the British economy was on track to grow by 1.4 per cent this year, more than double his March forecast, and 2.4 per cent next year, up from the previous estimate of 1.8 per cent.

Meanwhile, the Bank of England left its monetary policy unchanged and stuck to its commitment to keep interest rates at a record low until Britain’s recovery is more firmly established.

“Even with the GDP up-revisions, the UK’s loss over the cycle of a quarter of a percentage point a year in potential growth may take years to claw back,” Neil Williams, the chief economist at Hermes, said in a note. “This, plus chance of more benign … inflation in 2014, stress the importance of keeping a loose monetary stance – with the BoE right to defer any Bank rate hike.”