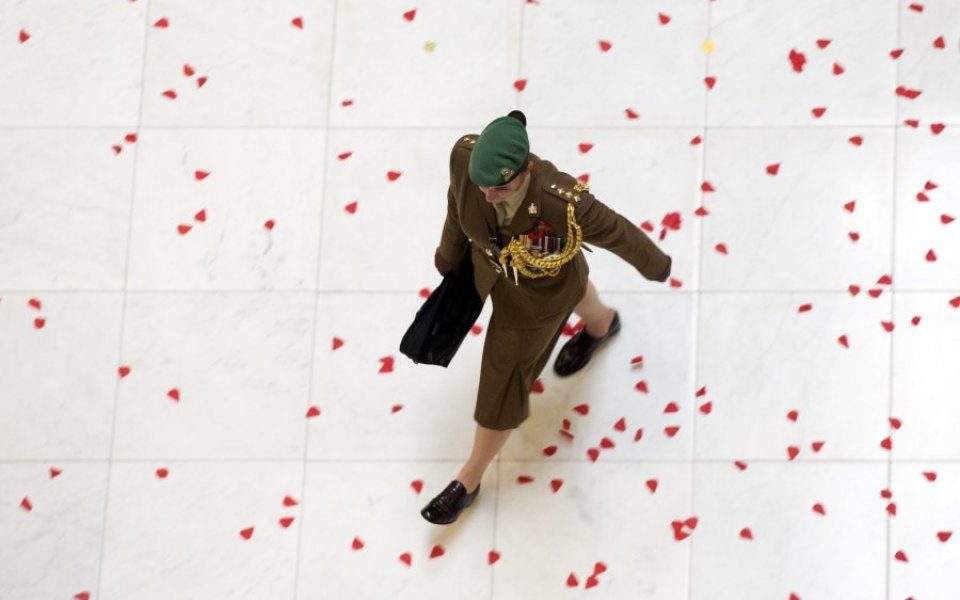 Seen a few men in uniform on your way into work this morning? That's because thousands of military men and women are taking to London's streets to try and raise more than £1m in one day.

Personnel from the Royal Navy, Army and RAF, as well as their supporters, are heading to 49 Tube and mainline railway stations from 7am until the evening rush hour to get commuters to dig deep ahead of Remembrance Sunday on 11 November.

There will be military bands playing at various stations, including Canary Wharf, as well as a host of special activities across the capital.

This is what's been happening so far today

Military bands playing in Paddington this morning – an uplifting start to the day #PoppyAppeal @PoppyLegion pic.twitter.com/AujYXuv4og

A lovely sight & sound on arrival @NetworkRailLST this morning. Thanks to the Parachute Regiment band! ?#LDNPoppyDay pic.twitter.com/hu8iuTUhbU

Let's show our respect and thanks to the amazing individuals who have done so much for us #LDNPoppyDay #remember pic.twitter.com/wMBnMgC3c4

Some Transport for London buses and Tube trains will be wearing special "poppy livery" to get people into the donating spirit.

The campaign is also going to run across social media, using the hashtag #LDNPoppyDay.

The giant poppies – each approximately one metre in diameter – will serve as a collection point for donations in the lead up to Remembrance Sunday and form the centrepiece of London Poppy Day celebrations at Waterloo Station, where a military band will be playing until 11.00am.

Here's the Lord Mayor of London Alan Yarrow getting involved.

He is collecting donations outside Mansion House and Bank Tube stations today. Here he is pictured with his sheriffs-alderman Charles Bowman and Christine Rigden.

The are joined by the organiser of London Poppy Day, Duncan Welham and his wife Jane and son Oliver Welham, as well as members of the RAF regiment.