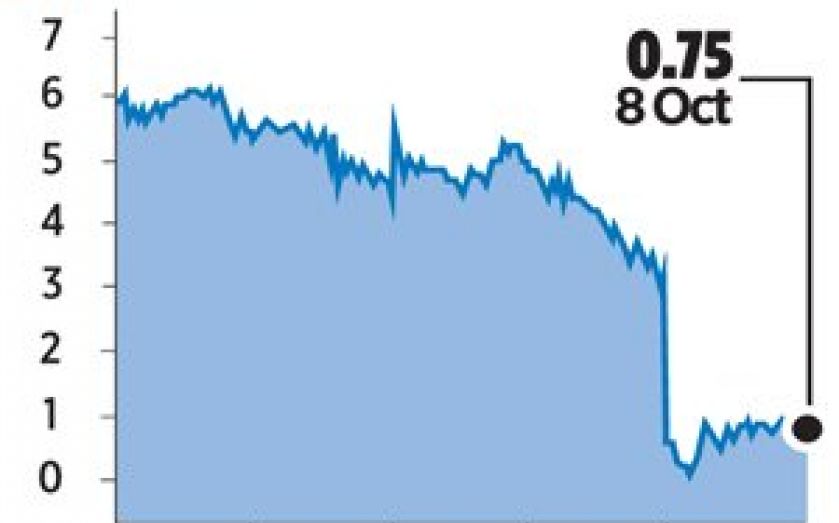 WEST AFRICA-focused London Mining shares tanked yesterday by 75 per cent, after it warned investors that their holdings were on the verge of being worthless.

In a statement, the company said: “Under the structures currently proposed, the board believes that there will be little or no value remaining in the equity of the company and the other listed securities of the group.”

It added that its lenders remained supportive of talks with potential investors, but were not expected to provide short-term funding. That cash injection would have to come from a new partner – if one could be found.

London Mining’s shares have already plunged 99 per cent in the past year.

The iron ore miner is one of several small companies set up in West Africa during the commodities boom on the back of rising demand. They hoped to turn the region into a new producing frontier, to compete with Australia and Brazil.

But with larger, lower-cost producers such as Rio Tinto and BHP Billiton pumping out cheaper ore – and prices languishing below $80 (£50) per tonne – they have struggled.

As a result of the increasing supply, plus declining demand from China – previously one of the main importers of the commodity – the price of iron ore has fallen by more than 40 per cent this year. At last year’s prices, London Mining would have made in the region of $200m this year.

“This looks like the end of the road for London Mining unless a new investor charges to the rescue,” said Numis analysts.