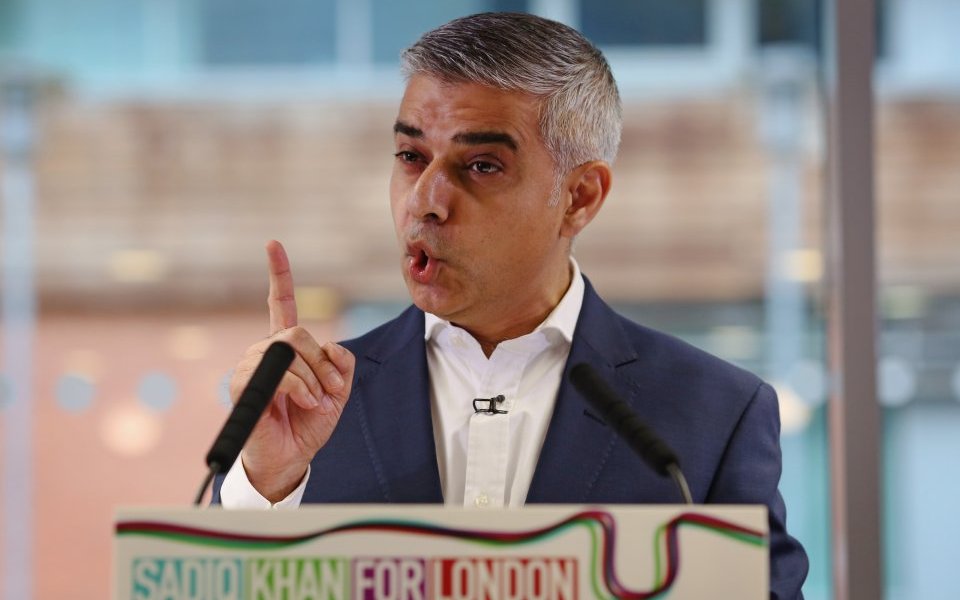 A Cabinet minister has rejected Labour mayoral candidate Sadiq Khan's proposals for freezing Transport for London (TfL) fares until at least 2020, saying central government will not pick up the bill for any unfunded City Hall schemes.

"With Crossrail, the Thameslink programme and station upgrades, we are investing record amounts in London’s transport system to make sure commuters get the twenty-first century experience they deserve," McLoughlin said.

"That will all be put at risk by Khan’s experimental policies which have at their heart a £2bn black hole that would stop investment dead.

"If Khan becomes mayor and fails to balance the books, it will be Londoners who pay the price for Khan’s policies."

Khan, a former transport minister, has vowed not to increase fares before the end of the decade.

But TfL has questioned Labour's costing of the fare freeze, saying in internal documents that Labour's analysis does not take into account the impact Crossrail will have on passenger numbers.

Khan has said stopping fare increases will cost £450m over four years; TfL said the real cost will be £1.9bn.

CCHQ said Londoners in a typical "Band D" household could face a 59 per cent increase in the mayor's share of council tax if Khan delivers on his promises.

CCHQ analysis also found that Khan could halve the amount of mayoral council tax money going to the police and fire service, expand the congestion charge zone or scrap transport network projects to pay for the fare freeze.

“London is just too important to be used as a four year experiment by Khan and Corbyn," Goldsmith said this morning. "Khan’s £1.9bn black hole can only be paid for by cancelling essential tube improvements, hiking council tax to new levels, or cutting the police budget to the bone.

"Khan needs to front up to voters and explain which taxes he will raise, and which improvements he will cancel."

Khan responded to Goldsmith this afternoon by saying that TfL's analysis assumes fare increases of 2.9 per cent for 2017 and 4.5 per cent from 2018. Assuming such fare hikes go into effect, commuters would pay an extra £862.08 in monthly travel cards for zones 1-4 by the end of the decade, according to Khan's campaign.

"On the cost of fares, in using the £1.9bn figure, Zac Goldsmith is admitting that his plans will cost Londoners an extra £862.08 – an increase more than inflation," Khan said.

"Boris has recently kept fares at inflation – but Goldsmith wants to go further and hit Londoners with an above inflation fares hike that will damage the living standards of millions."