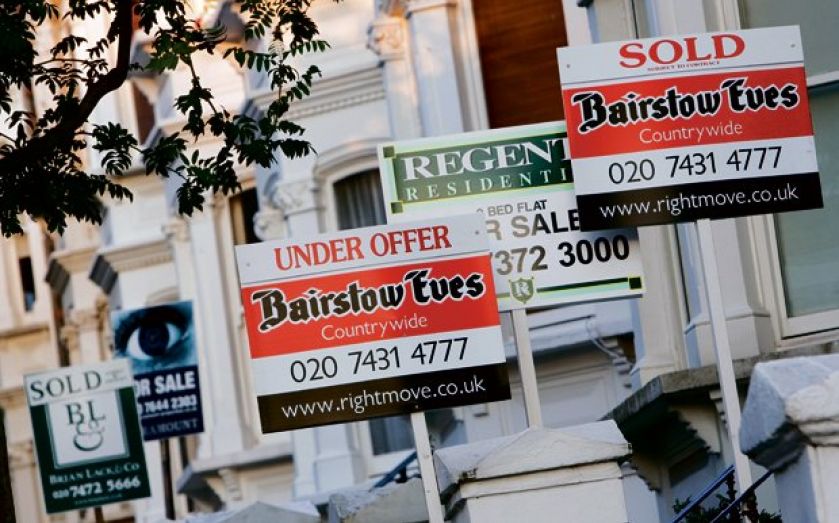 LONDON house prices could rise more moderately in the months ahead after a manic year of double digit growth, new evidence today suggests.

The latest report from Hometrack shows that the amount of time that the average London house spends on the market has risen from 2.7 to 3.4 weeks between March and April.

The number of postcodes in the capital where prices are rising has also dropped. Two thirds of areas are now reporting that prices are increasing, down from 76 per cent in the second half of 2013.

The number of postcodes in the rest of the country where prices are rising has carried on ticking up. In April, 48 per cent of the country outside the capital reported that prices had risen since March, three times as many as the same month in 2013 and the most in 10 years.

Across the UK, the proportion of houses reaching their asking price is also at its highest since 2002, at 96.7 per cent. The share is the strongest in London, at 99 per cent, but fell from 99.3 per cent in March.

However, research released by Lloyds today shows that in the past 10 years, the areas that have seen most major declines in unemployment and increases in house prices are near the centre of London.

Prices have risen by 72 per cent in Tower Hamlets, 76 per cent in Lambeth and 84 per cent in Hackney during the decade, despite the widespread fall in house prices seen during the financial crisis.

In the same period, the share of people claiming of unemployment benefits in these areas dropped by between 1.2 and 1.8 percentage points.