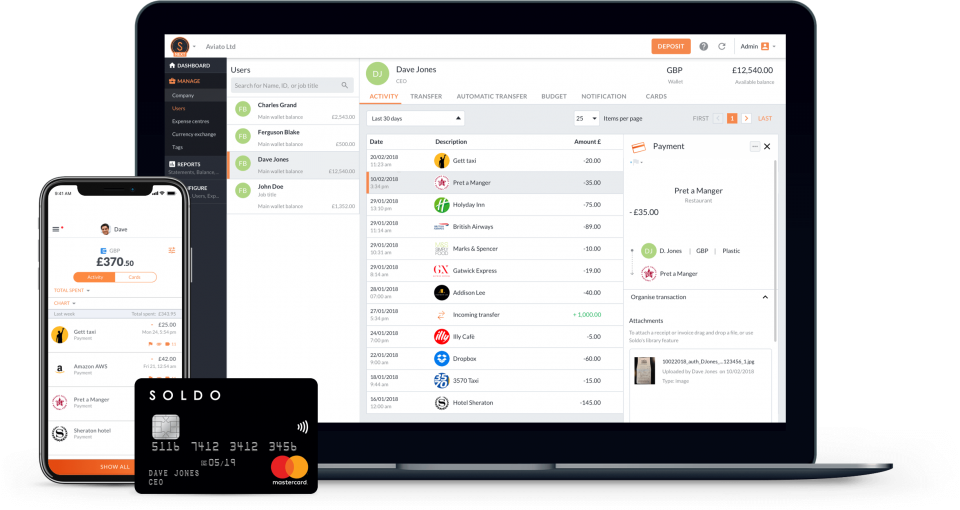 Battery joined the round as a new investor alongside Dawn Capital, and existing investors Accel and Connect Ventures. The venture capital firms have previously backed the likes of iZettle, Facebook and Slack.

Soldo, which provides businesses with a dedicated spending account to streamline expense management, has now raised a total of $82m.

The fintech firm said its series B round is the largest to date for a fintech firm in spend management.
Soldo has approximately 60,000 customers across its three markets of the UK, Ireland and Italy, with around 500 per cent growth in 2018.

It holds an e-money licence in Ireland and the UK, allowing it to carry out banking operations while accounts are ringfenced by another fully-licenced bank. A spokesperson for Soldo told City A.M. the startup has no intention to pursue a full banking licence in the UK, in part due to the costs involved in undertaking such a process.

The funding will be used to scale into new European markets, and double its workforce in the next year.

Bell, alongside Battery Ventures general partner Itzik Parnafes, will join Soldo’s board.
“[With] more expense-management processes moving to the cloud, today’s corporate-expense programs must adapt to keep up,” said Parnafes.