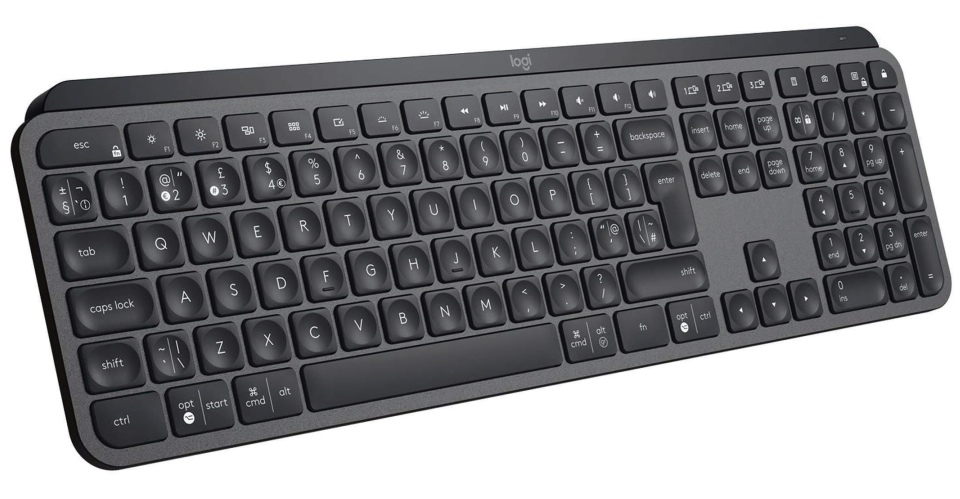 How do you make keyboards cool? Trick question, you can’t. If anybody ever describes a keyboard as cool, or shows any interest in keyboards at all, you should turn around and walk away because they’re clearly dangerously unhinged.

That being said, Logitech’s new wireless MX Keys keyboard is incredibly nice to use, and almost certainly an upgrade to whatever slab of letters you currently place under your fingertips for seven hours a day. It can connect to three devices at once and switch between them at the press of a button: an immeasurably useful feature for anyone who works between their laptop and desktop computers, or wants to use their keyboard with their smart TV. Used in conjuction with the MX Master 3 mouse, you can even copy and paste files between two screens – even if they’re running two different operating systems.

It is – and I don’t wish to alarm anyone with such an absolutist verdict ­– the best keyboard I have ever had the pleasure to use. Not cool in the slightest, but the pinnacle of moden peripheral design philosophy.

From a keyboard, to the keyboard’s best friend: the mouse. The Logitech MX Master 3 launched in tandem with the MX Keys and pursues the same design mission. It is sleek, and looks about as pretty as a mouse is legally allowed to. The weighted scroll wheels are like no other in existence, forged from machined steel and electromagnetically charged to enable them to scroll at a blinding 1,000 lines a second, while still remaining precise enough to stop on a single spreadsheet cell. Flick the wheel and it continues turning for ages, like a fidget spinner. It becomes an obsession – this is a mouse you’ll think about whenever it’s not in your hand. This is a mouse that makes you wonder if touchscreens were a mistake.

Like the keyboard, it can switch between devices on the fly or move seamlessly between a MacBook and a Windows screen. USB-C charging gives you 70 days of power per charge. That’s longer than the gestation period of a dog. Your dog could become pregnant and give birth in the time it takes for this mouse to need recharging. 4000dpi tracking uses “darkfield” laser tech to work on any surface, even glass.

Like trying glasses for the first time, it’s only when you use the MX Master 3 do you realise just how inadequate most mice are.