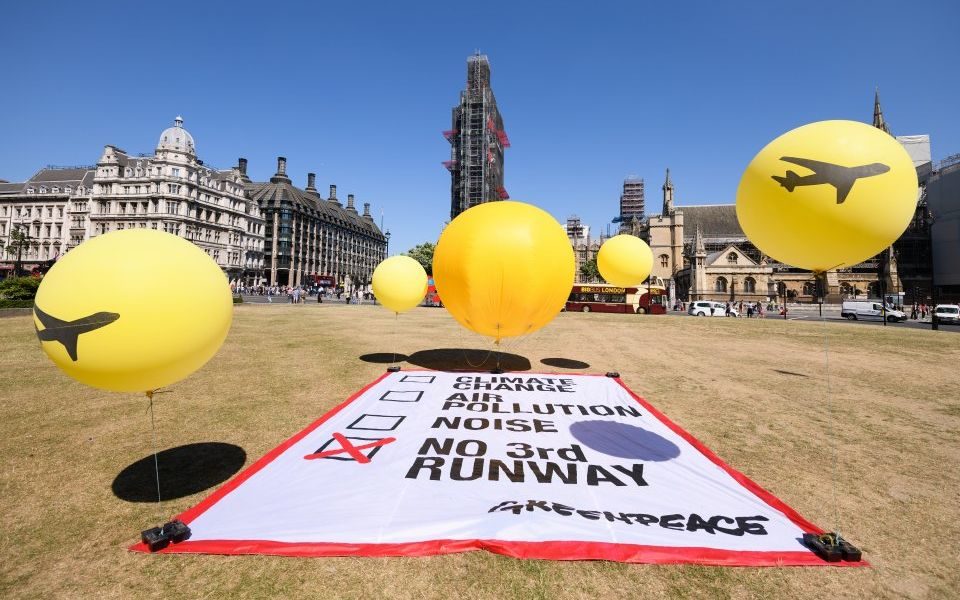 Five separate legal challenges against the government strategy for the third runway at Heathrow have been given the green light for a full hearing, most likely to be heard next year.

The decision proved to be divisive across all parties and prompted five legal challenges: from the London mayor Sadiq Khan, who is joining the action from five local councils and Greenpeace; Heathrow rival Heathrow Hub; Friends of the Earth; Plan B and Heathrow opponent Neil Spurrier.

The hearing is due to heard over two weeks in March 2019 in front of two judges. The judge in the ruling today is currently considered whether cases can be combined to avoid duplication.

Chair of Heathrow pressure group Hacan John Stewart said: “This is a blow to the government. At best it probably thought it would just need to defend two or three of the challenges."

A spokesperson for Khan said: “One of the mayor’s top priorities is cleaning up the toxic air in our city which causes thousands of premature deaths every year.

“That’s why the mayor has joined councils and Greenpeace in taking legal action. He is hoping the government sees sense and doesn’t proceed with the expansion of Heathrow that is not good for our city or for the wellbeing of Londoners.

A DfT spokesperson said:  “Expansion at Heathrow is a critical programme which will provide a boost to the economy, increase our international links and create tens of thousands of new jobs.

“As with any major infrastructure project, we have been anticipating legal challenges and will robustly defend our position.

“Today’s hearing does not impact on the work Heathrow is undertaking on its application for planning consent or the timetable to deliver this much-needed runway.”