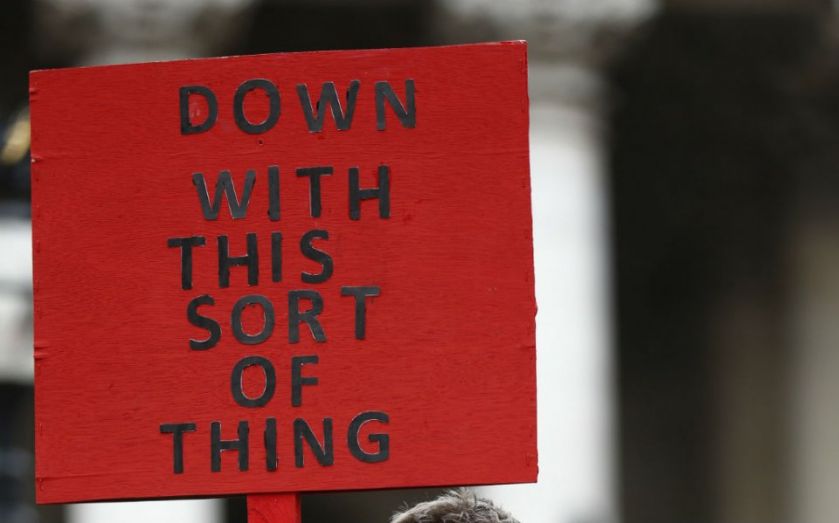 Left-leaning liberals are turning the air blue with their language, swearing more often than their opposing conservatives, scientists say.

Several swear words make it into the top 10 most commonly used words of those on the left, based on analysis of more than 10,000 Twitter users including both the f-bomb and s-bomb.

People with more conservative views on the other hand, are more likely to use religious words such as "God" and "psalm".

Language, not just subject matter, indicate political allegiance, researchers at Queen Mary University (QMU) have found. They believe the left's propensity for potty-mouthed language is linked with their more emotionally expressive language overall, which is more likely to express positive emotion, and be associated with anxiety and feelings than those on the right.

Those on the left of the political divide are also more likely to use words such as "I" and "me", while on the other side, conservatives use "we" and "our" more.

“Open social media provides a huge amount of data for use in understanding offline behaviour. The way people talk and interact on Twitter can provide a more robust and natural source for analysing behaviour than the traditional experiments and surveys," said QMU's Dr Matthew Purver, co-author of the report, which analysed the tweets of US Democrats and Republicans.

They said the research could help pollsters gauge political conversations on Twitter.

“The results closely matched our predictions based on existing understanding of political supporters’ psychology.  This means we could use Twitter data in future to better understand people’s behaviour and personality, while also using psychological research to understand more about Twitter users,” said Purver.