Launch of $2.5bn Asian bond a 'vote of confidence' in London Stock Exchange 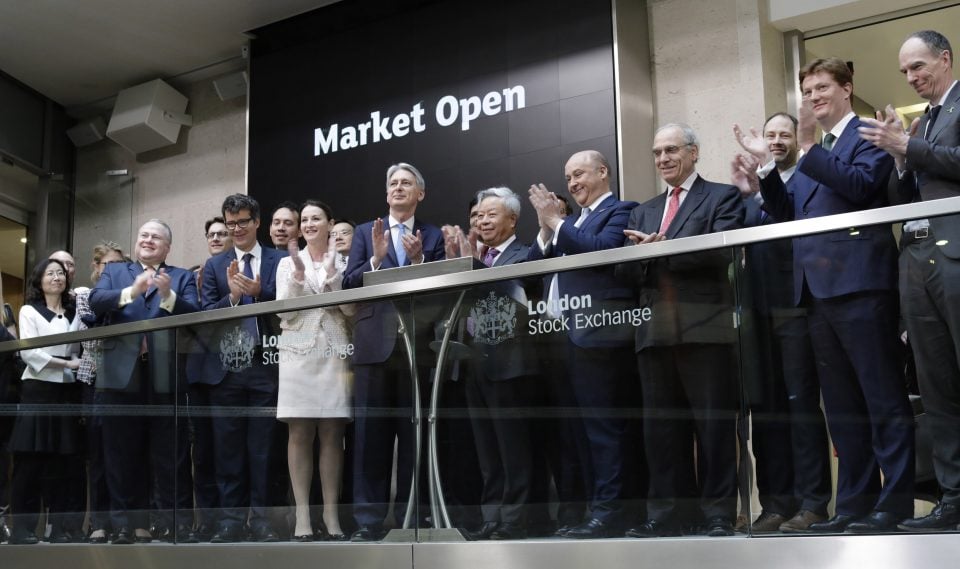 A $2.5bn (£1.9bn) bond from the Asian Infrastructure Investment Bank (AIIB) was welcomed by the London Stock Exchange (LSE) today, with its launch dubbed “a vote of confidence in the UK”.

The five-year bond will list on the LSE’s main market on 17 May, the money made going towards investing in sustainable infrastructure and improving cross-border connectivity in emerging Asian markets, AIIB said.

The UK was a founding member of the AIIB in 2016, and the first major developed economy to support the bank. The move drew criticism from the US which saw the project as an extension of Chinese power and as having lower standards than the World Bank.

A multilateral development bank, the AIIB has 97 countries as members and helps fund the building of infrastructure in the Asia-Pacific region.

Over 4.4bn orders were made for the “premium supranational” bond from over 90 investors, AIIB said.

Some have raised concerns that the LSE would become a less attractive place for investors to raise money following Brexit.

However, Hammond said the bond placing was “further evidence of the City’s enduring place as the centre for international capital”.

Don Robert, chairman of the LSE, said: “London is a leading centre of finance for sovereign and supranational issuers looking to access international capital markets to finance sustainable infrastructure projects and we’re delighted to be host to AIIB today.”

President of AIIB, Jin Liqun, said: “Increased multilateralism through cooperation, connectivity and investment in sustainable infrastructure is integral to all our futures.”

He said: “I’m delighted to mark the occasion of our debut bond in the UK, a founding member.”