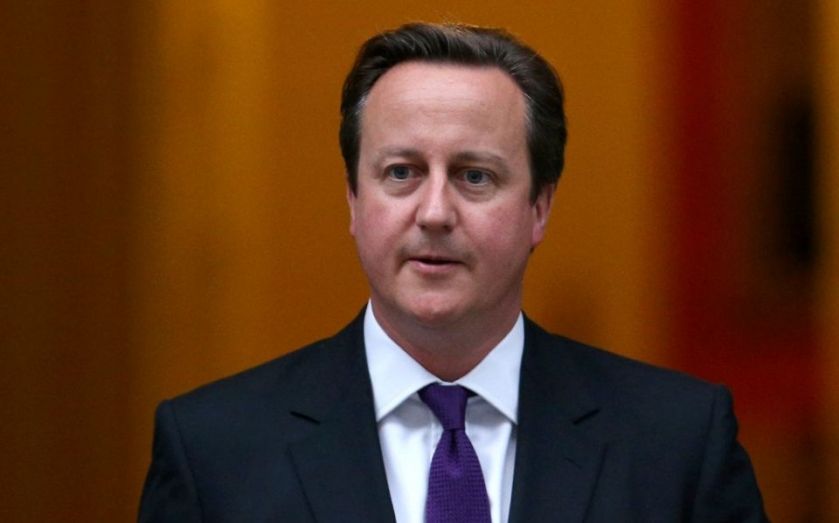 We have less than two weeks to save our economy. Stark, but true. At this election, the difference in economic policy on offer is more marked than it has been for a generation.

The Conservative offer is clear: a continuation of the long-term economic plan that is turning our country around. Last year we were the fastest-growing major economy; 2m more people are in work; 760,000 businesses have got off the ground.

There is a tangible confidence in the air, not just on the trading floor but in shops, offices and factories. One of my best moments of the past five years was visiting a brick factory in Accrington. It had closed down in 2008, killed off by the recession – its long-serving workers sent home. But I was there early this year to press the button that turned the machines back on; because bricks were needed again, Britain is building again, our economy is thriving again.

To think we have come this far in five years is frankly astonishing. Readers of City A.M. will well remember the depths of the great recession – how grim and intractable it seemed. There was a whiff of the 1970s in the air; the suspicion that perhaps now was the time when Britain would begin a swift decline into irrelevance.
But as so often in our history, we have proved the doubters wrong. Now people around the world are marvelling at the British resurgence. International investors want to buy into Britain.

And none of this happened by accident. It is down to the hard work of millions – and the fact that we have a long-term economic plan we have been patiently seeing through.

So it is truly shocking to think that this could all end by accident, if our country sleepwalks into the election of Ed Miliband, propped up by the SNP. Labour and the SNP would be an absolutely toxic combination for our economy – because there are three clear risks.

First, the risk that they would drop the deficit reduction plan that has seen our deficit cut in half, and interest rates at record lows. The noises coming out of Labour and the SNP are ominous – £148bn of extra spending; and no clear plan on when or how they will reduce the deficit. This lack of certainty is a direct worry to financial markets – and don’t just take it from me. Morgan Stanley has warned that a “Labour-led government supported by the SNP would likely lead to a marked selloff in gilts…” while CIBC has warned of “a scenario, a dangerous cocktail, where taxes are going up, spending is going up, and interest rates are going up.”

The second risk is of higher taxes on working people. In January, Labour voted in the House of Commons that they would meet the terms of the Charter for Budget Responsibility – which means balancing the books by £30bn over the next two years. If they want to achieve half of that sum through taxes, as Ed Miliband suggested, then they need £15bn of tax rises. That is £3,000 per working family over the Parliament – a massive hit on family budgets.

The third clear risk is to business. To give just one example, Labour is the first major political party since 1973 to propose increasing the main rate of corporation tax.

In a modern, mobile, globalized economy, when businesses can set up anywhere, this would be catastrophic for jobs. The last five years Labour were in power we lost 600 jobs a day. It would be tragic if history repeated itself.

So those are the risks from Labour and the SNP – and from the Conservatives, you get certainty on all these things.

You get certainty that we will clear the deficit by 2018 and start running a surplus, so that our economy is secure and we help keep mortgage rates low.

You get certainty that we will make those fiscal adjustments not by raising taxes but by making sensible savings. Unlike the other parties, we have set out our plan: saving £30bn over the next two years – equivalent to reducing overall government spending by just £1 in every £100 each year – through a combination of welfare reform, departmental savings and clamping down on tax evasion and aggressive tax avoidance.

And you get the certainty that the Conservatives respect and back business. We’d keep business taxes low, keep cutting regulation and keep investing in vital infrastructure – including ensuring there is additional airport capacity in the south east. And more than that, we want to keep on stoking the fires of enterprise that have started burning so brightly in our country. In the past five years there has been a massive growth in start-ups, with entrepreneurs from Shoreditch to Edinburgh taking on the world – we are determined to see that continue.

So all this is at stake. Our progress over five years has been hard-earned. Let’s not allow Ed Miliband and the SNP to ruin it.

If you care about the future of our economy, please make your voice heard and vote Conservative.

Given how tight this election is, every single vote counts.