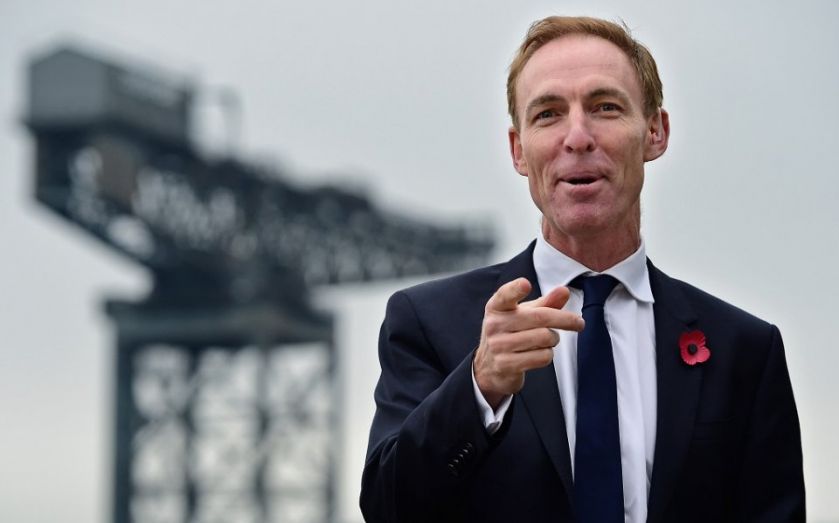 As Labour attempts to claw back its credibility on the economy, two senior figures appear to be at odds with the party's approach to austerity.

Ed Miliband presented Labour's manifesto in Manchester today with an eye-catching budget responsibility lock. Labour claimed their manifesto was fully costed and required no extra borrowing with the current deficit being eliminated by the end of the Parliament.

But there was some confusion even among senior party figures today with Labour's leader in Scotland Jim Murphy declaring: "Ed was really clear at the UK manifesto launch today. It’s only Labour that will end austerity."

His comment echoed his debate appearance on the BBC's Sunday Politics where he said there was no need for additional cuts in Scotland beyond 2015/16. However, speaking to the BBC's Daily Politics shadow business secretary Chuka Umunna said:

In terms of the UK budget over the next Parliament there will need to be cuts.

The leader of the Scottish Labour Party will not be in charge of the UK budget.

Shadow chancellor Ed Balls told the Today programme this morning that there would definitely be cuts in UK departmental spending after 2016. The independent Institute for Fiscal Studies (IFS) said Labour had not provided any further clarity as to how much they would cut and when the overall budget would be balanced.

Labour's commitment to only eliminating the deficit for current spending and not the overall budget left the party open to criticism for a lack of detail as there is no specific date for when the party will bring the budget back into balance.

Jim Murphy has struggled to slow the SNP advance despite taking a markedly more left-wing position than his Labour colleagues in England. A new TNS poll showed the SNP recording support of 52 per cent while Labour lagged behind on 24 per cent.