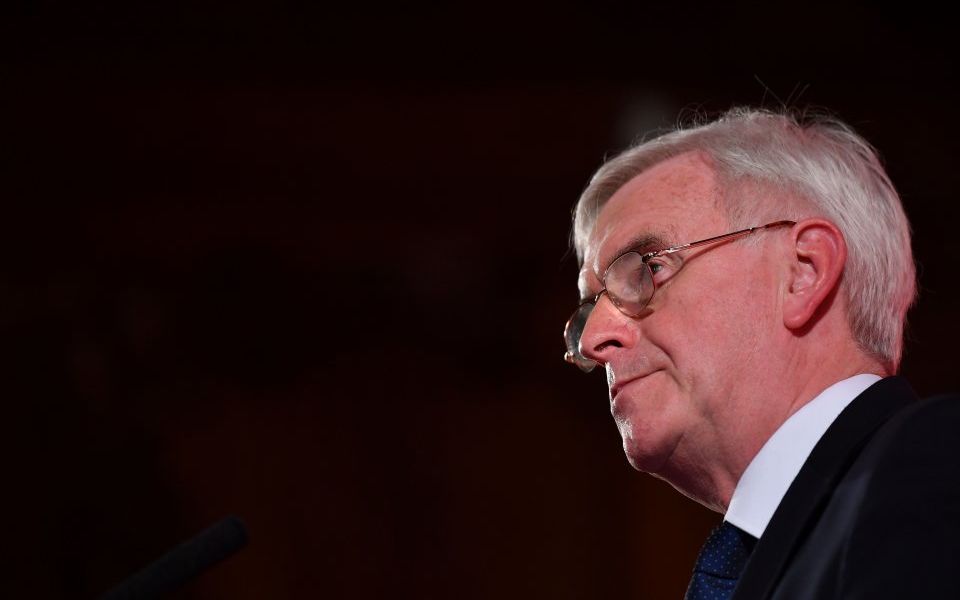 Labour's party conference is getting underway in Liverpool, and the various factions of the hard-left are already putting on a good show as they compete for control of the agenda.

The trade unions used their voting power to block a bid by Momentum activists to force sitting MPs to face reselection challenges; members demanding a second Brexit referendum marched through the city, urging Jeremy Corbyn to get off the fence and join them; and a fringe meeting discussed the vital task of launching a state-run alternative to Google based on “public service ideas.”

That was all on day one. Today, things get serious as marxist shadow chancellor John McDonnell takes to the stage to set out his party's key economic policies.

We've seen enough McDonnell speeches to know that his tone will be divisive: bankers are bad, capitalism is failing and a revolution is needed.

We also know that he will announce detailed plans to rip up the UK's corporate governance code and rebuild it in a way that “empowers workers.”

At the heart of Labour's approach to business is a misguided and desperately old-fashioned belief that life is a battle between workers and bosses. This idea permeates Labour's policy-making, and leads to rhetorical flourishes about fat-cat bosses, rigged systems and a revolutionary fightback.

It also leads to bad policy, such as the idea that a third of board seats should be occupied by workers, and today's announcement that a Labour government would essentially seize ten per cent of a company's shares in order to generate a “social dividend.” Having workers on the board of German car-makers did not prevent massive corruption in the industry and finding new ways to tax businesses will not guarantee a new revenue stream for the state. Indeed, heavy-handed interference in governance and ownership, combined with new taxes on income, dividends and profits will chip away at the tax base as – in the words of the CBI – investors pack their bags.

The reaction from business and industry groups to Labour's latest policy announcements should not be seen as knee-jerk criticism. These groups want good relations with a potential party of government, and they share the desire for improvements in pay and productivity.

Their dismay at the way Labour has gone about formulating policy (without any input from the people who actually create jobs and businesses) is telling, and should set alarm bells ringing.