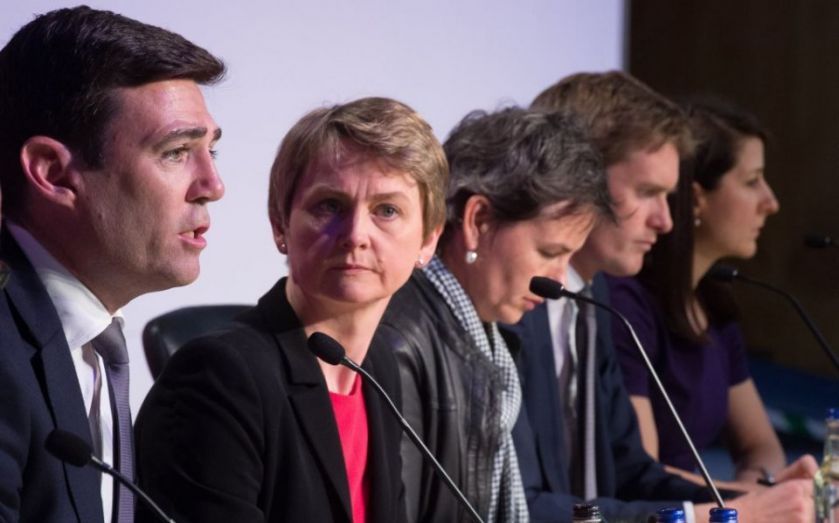 Four candidates in the Labour leadership race have attained the necessary support to be placed on the ballot paper to succeed Ed Miliband.

Jeremy Corbyn, the left-leaning candidate in the race, gained the support of 36 MPs just two minutes before the deadline – just above the quota needed to be considered for the leadership election. He joined Yvette Cooper, Andy Burnham and Liz Kendall on the ballot.

Previously, Chuka Umunna, the former favourite for the leadership, threw his weight behind Liz Kendall to succeed Miliband.

Mary Creagh pulled out of the race after she failed to achieve the necessary support.

Nominations for the quartet formally closed on Monday, with their progress published on the party's website .

Burnham, the favourite to become leader, has the backing of the most Labour MPs, with public declarations from 68 MPs.

With the backing of Chuka Umunna and Gloria De Piero, Blairite Liz Kendall has crossed the line with the support of 41 MPs. She joins Yvette Cooper on the ballot, who has the backing of 59 MPs.

Each candidate needs the backing of 35 MPs in order to run. Jeremy Corbyn gained the support of 36  Labour MPs.

Each of the five Labour leader candidates enjoy safe Labour seats, with each of their constituencies having stayed in the party's hands for several elections.

Paddy Power gives Andy Burnham odds of 5/6, making him the bookies' favourite in the leadership race.

It previously gave David Miliband odds of 40/1, despite him  ruling out his intentions of standing.