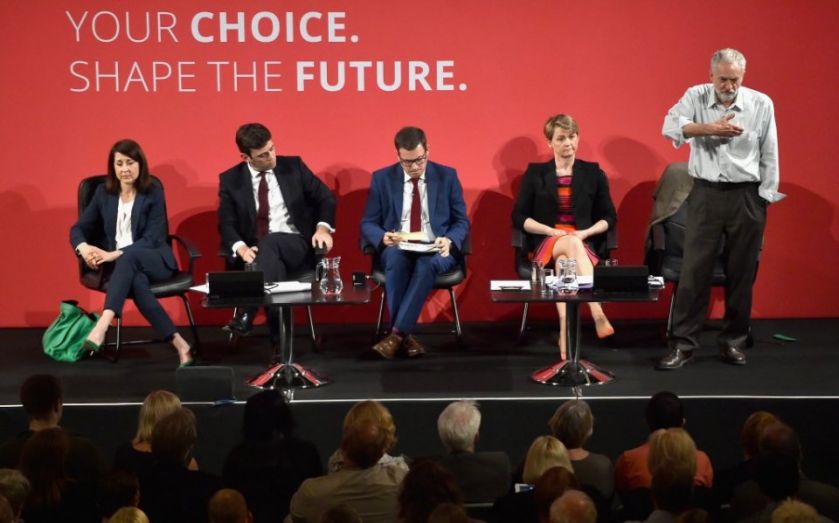 The Labour Party has been blocking members from voting in the leadership contest, following a surge of people signing up to vote in the hotly contested race.

This is not the first time Labour has been found to block individuals from voting in the leadership contest – earlier this month 1,200 people were banned from taking part because they support rival parties. Those blocked included film director Ken Loach, journalist Toby Young and Tory MP Tim Loughton.

However, this time around it seems to be affecting people who are genuine Labour supporters.

One tweeted a picture of an email from Labour HQ, saying: "We have reason to believe that you do not support the aims and values of the Labour Party, or you are a supporter of an organisation opposed to the Labour Party and therefore we are rejecting your application."

It's not the fact that @UKLabour have stopped me voting. It's that I'd be able to if I paid the higher fee. pic.twitter.com/qYeDdC8j4X

Another said she was actually appearing on TV to sing the party's praises.

Apparently I do not support the aims and values of the Labour Party. Arguably, neither do they in recent times. HO HO.

What's most galling about this is that I wasn't joining as a supporter. I'm a fully paid up member and joined before the leadership contest.

While one more has been voting Labour his whole life:

@#Corbyn4Leader 71yrs old,voted labour all my life disgusted at Lab elites turning voters away. Not what I believe in. TRUE LABOUR

While we want the widest number of supporters to have their say in Labour’s leadership contest,  the Labour Party has a robust system to prevent fraudulent or malicious applications. All applications are verified against the Electoral Register, and any who are identified by our verification team or by local Labour branches as not sharing the aims or values of the Labour Party will be denied a vote.

It comes as leaked files, seen by the Guardian, show how a Labour committee ignored the advice of lawyers on verifying new registries.

Party lawyers had pushed for an extra stage of verification, which would have asked people known to have voted for other political parties to confirm again they support Labour party values, writing to explain why they are now supporting Labour.

But, the Labour committee voted against this measure.

Labour received more than 160,000 applications to vote in its leadership contest in the final 24 hours of registration alone.  Around 400,000 people have registered to vote since the General Election.

Given how close the vote could be, there is concern that the party is more likely to face a legal challenge after the vote than if the advice had been followed.