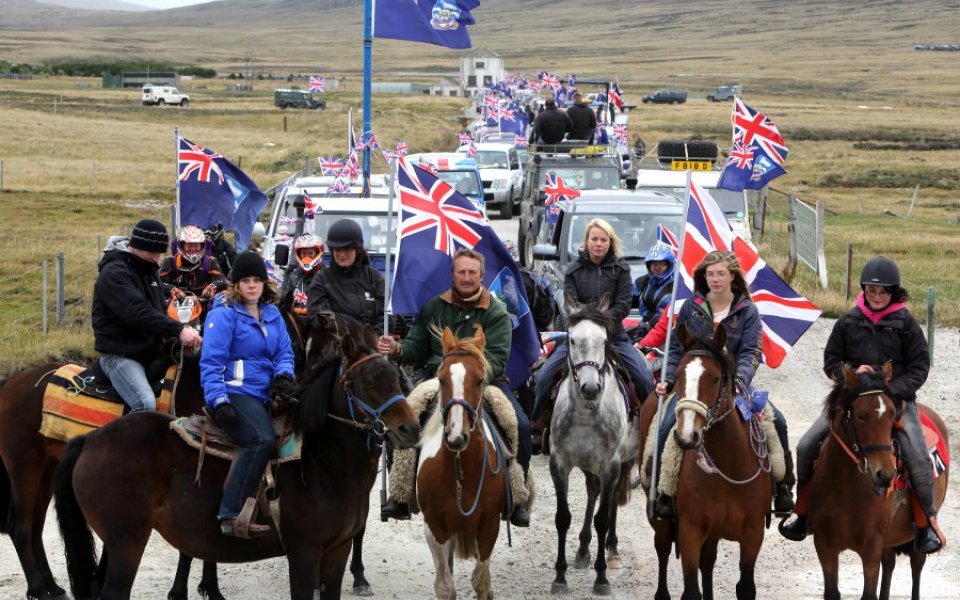 Labour leader Jeremy Corbyn wants to hand back some control of the Falklands to Argentina, according to outgoing Argentinian ambassador Alicia Castro.

Castro said Corbyn is "one of ours", and added that he told her he wants a Northern Ireland-style arrangement where Britain and Argentina govern the islands together, according to the Press Association.

In an interview published on the Argentinian embassy’s website, Castro said Corbyn "is saying that dialogue [is] possible and that attitudes are beginning to change, that what was achieved in Northern Ireland can be achieved also here".

“His decisive leadership can guide the British public opinion to promote dialogue between the governments of the United Kingdom and Argentina,” she added.

The comments came after the new government of Argentina, led by president Mauricio Macri, said it will continue to push ahead with its claim over the Falkland Islands.

Three years ago, the people of the Falklands voted overwhelmingly in favour of remaining a UK overseas territory.

Meanwhile, shadow foreign secretary Hilary Benn is against the idea of a power-sharing arrangement, with a spokesman telling The Telegraph: “The Labour party policy remains that the people of the Falkland Islands have the right to determine their own future.”