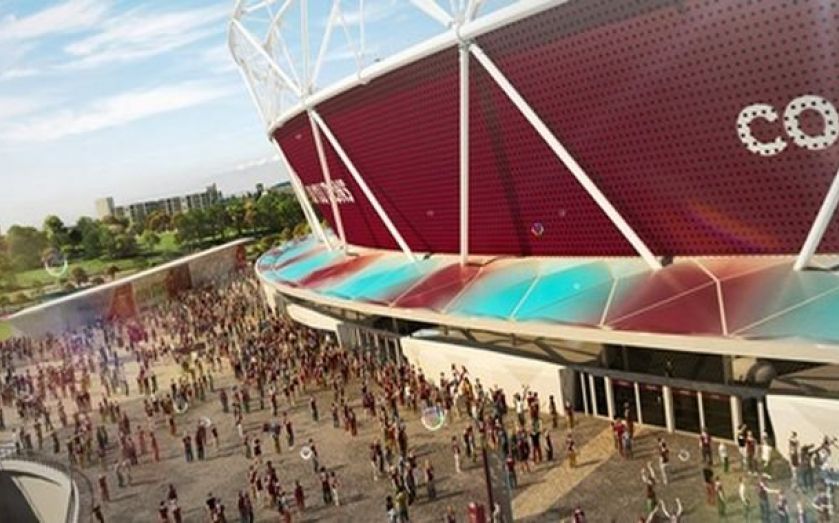 West Ham United vice-chairman Karren Brady has hinted that she would turn down any ground share request from Tottenham Hotspur.
Tottenham’s new stadium will not be ready for the 2017-18 season, meaning the North London club have been left looking for a temporary home. The Olympic Stadium in Stratford has been touted as a potential option, but West Ham have a 99-year lease on the venue and the power to veto any potential ground share.
When asked if another club could play at the 54,000 seater ground, Brady replied: “In reality, they probably could. But only with our permission. And no one's asked us permission. And if they did it would probably depend on who it is…if you get my drift."
Brady was speaking at the launch of Club London, West Ham’s new hospitality offering at the Olympic Stadium, in which see 3,700 VIP seats will be installed in their new home. There are currently 2,000 VIP seats in place at the Boleyn Ground.
She added that the stadium switch would help the Hammers reach an ambitious target of becoming a top-six Premier League side that regularly competes in Europe.
However, even with an expected revenue increase from the larger ground, Brady insisted the West Ham would not overstretch themselves in pursuit of that goal. She indicated that the club’s wage bill is already at its Financial Fair Play (FFP) limit.
She said:

We are interested in paying down our debt, being financially stable and putting every penny we raise into having a team that’s worthy of playing in the Olympic stadium.
Of course, there are always issues in how much you have not only with which to buy players, but with FFP how much capital you can spend on wages, and we are currently at our maximum.
So we are trying to do these things holistically with much more investment into the academy, much more investment into retaining players that we have, much more thought about the kind of players we want to bring into the club to represent the stadium.

Fans interested in booking their place in Club London can organise a “bespoke appointment” at the Reservation Centre in Westfield City, Stratford.
West Ham will move into their new home at the beginning of the 2016-17 season, but don't sound as if they will be hosting their neighbours anytime soon.